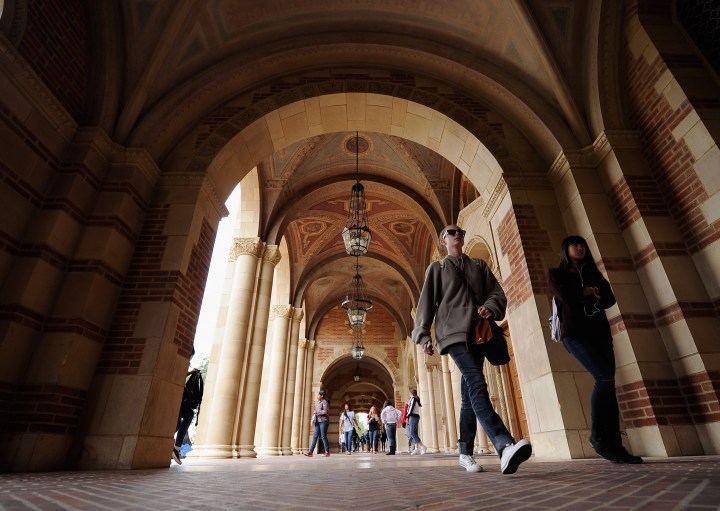 The College Board — the administrator of the SAT — and the ACT have just lost hundreds of thousands of future customers.

On Thursday, the University of California’s Board of Regents voted unanimously to drop the SAT and ACT standardized tests as part of its admissions process. The scores will be optional in 2021 and 2022, and phased out by 2025 for California students.

The SAT currently costs $49.50, or $64.50 with the essay portion, although fee waivers are available. The ACT costs $52, or $68 including the writing portion of their test, with prices set to go up next year.

The UC has questioned the SAT’s design in the past. For the 2005-06 academic year, the SAT included a new writing section after the president of the University of California system proposed eliminating it.

The College Board has continually tried to revamp the SAT, attempting last year to introduce an “adversity score” that would take into account factors like a student’s neighborhood environment. The organization later pulled the plug after backlash.

School districts, universities and advocacy groups have been pushing back against the use of the SAT or ACT in the admissions process, with some saying that it discriminates against low-income and underrepresented minority students.

“This sort of blowback against the SAT and ACT is not new. It has been there for a while,” said Joydeep Roy, a visiting professor at Columbia University.

Wake Forest University in North Carolina said that ethnic diversity among undergraduates increased 90% between 2008 (the final year scores were required at the university) and fall 2017. “There has been no difference in academic achievement at Wake Forest between those who submitted scores and those who declined to do so,” according to its website.

While more colleges are going test optional, Richard P. Phelps, founder of the Nonpartisan Education Group, noted that the trend hasn’t hampered the demand for testing yet.

“Most students still take the test. But after they receive their scores, they can decide to submit their scores or not,” Phelps said, adding that the SAT also gives students the option to take it multiple times so they can send in their best scores on each section. Last year, more than 2.2 million students took the SAT, the largest group ever.

Roy pointed out that the College Board is pretty well diversified, offering Advanced Placement tests.

While ACT has other products devoted to occupational and workforce testing, Phelps said its namesake ACT test is its anchor, and without it, the company would be in trouble.

He added that if Midwestern regions, which favor the ACT, began to follow California’s lead and eliminated the test from consideration, that would pose an existential threat. However, he doesn’t think that will happen because many people still think the SAT and ACT provide colleges with valuable information.

“If only California eliminates admissions tests from consideration and admission decisions, College Board will be worse off, because they’re the dominant vendor,” Phelps said. “If it spreads away from California, then I think ACT would be worse off because it has fewer of the products to fall back on.”