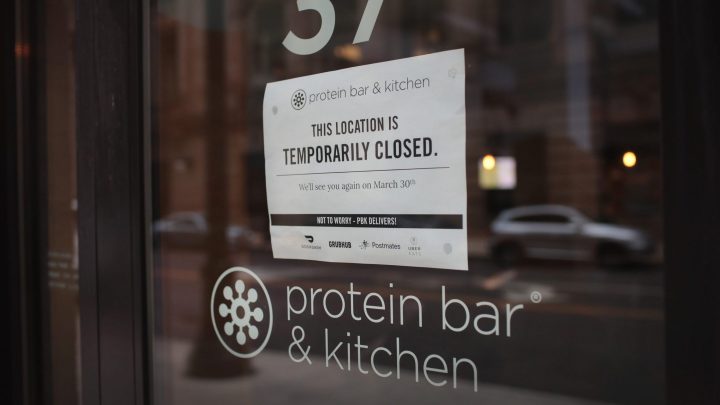 How many furloughed workers will return to their jobs? Many are optimistic

COPY
A temporarily closed restaurant in Chicago. Eateries and tourism may lag some other industries in reopening. Scott Olson/Getty Images
COVID-19

How many furloughed workers will return to their jobs? Many are optimistic

A temporarily closed restaurant in Chicago. Eateries and tourism may lag some other industries in reopening. Scott Olson/Getty Images
Listen Now

Not long before stay-at-home orders were put in place, Savannah Jordan started a dream job as a guest relations manager at a new upscale restaurant in Scottsdale, Arizona. Then, three days before the restaurant’s grand opening, she was furloughed. “I was upset only because I was so excited to open up the restaurant and get started,” she said.

She’s collecting unemployment, but she loves her job and isn’t looking for a new one. Also, she’s seeing states start to open up. “I’m in full confidence that we’ll open up soon, and once we do we’ll be extremely busy,” she said.

The most recent jobs report was grim: more than 20 million people lost their jobs in April. But one piece of light in the dark is that 78% of people who lost their jobs last month say they were temporarily laid off.

And it seems like many of them are feeling positive. A recent poll by the Associated Press and the University of Chicago says 78% of people in households where someone has been laid off think there is a chance they’ll go back to work.

Matt Notowidigdo at Northwestern University feels that’s a little optimistic, but not far from the reality — at least for now. “Every month that you say you’re on layoff temporarily, there’s a chance that becomes permanent,” he said.

Some industries will have an easier time rehiring, like health care and construction — jobs that are public necessities or where it’s easier to follow social-distancing rules.

Restaurants and tourism will be shakier, but they might need to bring people back to take on slightly different jobs. “Part of the story is that they’re going to need people to pursue the social distancing,” said Dean Baker at the Center for Economic and Policy Research.

In the meantime, the confidence most furloughed workers are showing is good. It’s what could actually save us from a longer downturn. When people believe they still have jobs waiting for them, they continue to spend money. And that keeps the economy going.