People are lining up at docks to buy directly from their local lobstermen and women. Joe Raedle/Getty Images
COVID-19

People are lining up at docks to buy directly from their local lobstermen and women. Joe Raedle/Getty Images

Like meat processors and farmers, the seafood sector is feeling the COVID-19 effect. Many American restaurants are still closed for sit-in diners, tourism has slowed to almost nothing, and exports to Asian markets are still in limbo. Wild Alaskan salmon, lobster and oyster and fisheries are all preparing for a tough summer.

But with only $300 million set aside for the fisheries in the CARES Act, industry leaders say that it won’t be enough to prop up domestic fishers.

The global pandemic has highlighted some of the challenges the seafood industry has been facing from even before the coronavirus near-obliterated demand.

According to data from the Resource Development Council of Alaska and AlaskaSeafood.org, nearly two-thirds of U.S. salmon is exported and nearly one-third of that salmon goes just to China.

And it’s not just about the hit to those foreign markets.

“About two-thirds or more of all seafood consumed in the country was consumed in restaurants,” Woodrow said, pointing at restaurant closures as another major reason the industry is in peril.

In addition to demand fluctuations, the seafood industry constantly grapples with supply uncertainty.

Unlike farmers and ranchers, fishermen can’t fully forecast the season’s yield nor even what the prices will be because it fluctuates so much throughout the year, Woodrow said. Add to that the uncertainty about when tourism will recover and when restaurants will see full tables, and it’s easy to understand why the seafood industry is advocating for a more robust federal support package.

To cope with all those challenges, some smaller companies are already pivoting to direct-to-consumer models to sell their seafood. Yet selling off the dock and shipping seafood directly to consumers will only go so far to protect them from losses.

“Fishermen fall into one of three buckets right now,” said Nicolaas Mink, CEO of Sitka Salmon Shares. Some are fishing for about half of what they were last year. Others have stopped fishing altogether because the cost of fuel, labor and equipment exceeds what any profits they will make. Finally, some fisheries have shut down altogether because — due to the dangerous nature of the business — it is not worth the risk to human lives involved in fishing.

The wild sockeye and king salmon season is set to kick off this month in Alaska, and Mink’s company seems to be well situated for this change in business. Sitka Salmon Shares’ direct-to-consumer business was started 10 seasons ago using a Community Sponsored Fishery model. It links fishermen and women in Alaska directly with their consumers in the lower 48. Much like vegetable farm shares, consumers pay upfront for a share of the different seasons’ seafood harvest, so revenue goes directly to workers on the boats and the processors in their community.

Can selling lobsters off the docks actually fill the gap in demand?

The lobster season in New England is also starting this month and lobstermen and women are trying to shift business to direct-to-consumer models to offset the price drops that have already occurred due to lack of food service demand.

People are lining up at docks to buy directly from their local fishermen, said Captain Nick Muto in Chatham, Massachusetts. He is waiting to take his lobster boat out in the next few weeks. He wants to see how the price fluctuates as more supply becomes available. For now, he is line-catching skate and monkfish — two species that are not as common on Americans’ dining tables, but that can still find some marketing value in Europe and Asia.

“People are going to have to get creative with their catches now,” he said.

For Muto, telling a good story and having people understand what fishermen do everyday is what will keep his industry afloat. He thinks people still want to eat seafood, they just need to connect with where it comes from.

Although selling lobsters from the dock works in March or April, it’s not a long-term solution when the yields start to grow into the summer. New England’s lobster industry will increase its reliance on the retail market for frozen tails and packaged meat if restaurant demand continues to wane.

“People are going to have to get creative with their catches now.”

New England oysters and shellfish might take the biggest hit

The oyster industry faces one of the largest challenges to its survival because nearly all of its business goes normally to restaurants — remember $1 oyster happy hours? Add to this the fact that the retail market is harder to break into in general for shellfish.

“Things are pretty grim with 90% to 95% of markets evaporating overnight, like somebody pulled the rug out from under a vibrant growing industry,” said Robert Rheault, executive director of East Coast Growers Association.

His organization is exploring every possible option it can to prevent half of his membership from shuttering their businesses as prices collapse.

For now, oyster farms are trying to lean into e-commerce — shipping oysters overnight to hungry consumers — but, unlike baking sourdough bread, it’s hard to imagine many people picking up a shucking knife and popping the tops on two or three dozen oysters at home in a pandemic.

But there’s no harm in being optimistic. Rheault hopes that people will see the economic and health benefits of eating more shellfish, and maybe learning a new skill in the process.

“Oysters are a tremendous source of zinc. You can’t even buy zinc in the stores anymore, so buy oysters instead,” he said. “It’s your civic duty to learn how to shuck oysters and cook seafood at home because thousands of jobs are counting on you.” 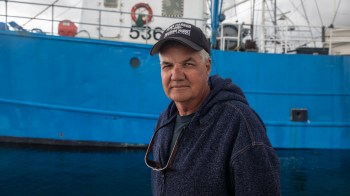