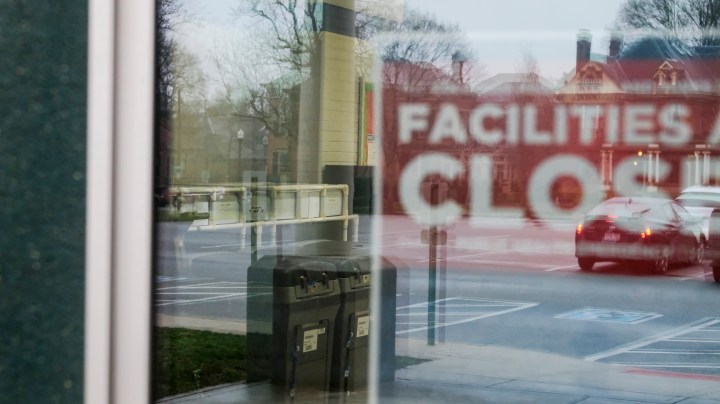 COPY
With much of the economy shutdown and more and more people out of work, cities and states aren’t collecting as much in taxes. Matthew Hatcher/Getty Images
COVID-19

With much of the economy shutdown and more and more people out of work, cities and states aren’t collecting as much in taxes. Matthew Hatcher/Getty Images
Listen Now

When you turn off large parts of the economy, cities and states can’t collect as much in sales or income taxes. In some places the effect is worse than in others.

That’s because some city and state budgets rely heavily on one type of tax.

“If you’re dependent on just one piece of that chain, and it dries up, where else can you go?” said Michael Pagano, director of the Government Finance Research Center at the University of Illinois, Chicago.

City and state governments that lean on sales tax have taken a hit, and it’s more immediate because people aren’t shopping or eating out. In some Oklahoma cities, sales tax is as high as 11%. And that’s a big source of revenue for those cities.

And as more people lose their jobs, income tax revenue dwindles. A place like Columbus, Ohio, relies on income tax for 75% of its revenue.

States like California that rely more on property taxes may not see the effects for a year or longer, if property values fall or foreclosures start to happen.