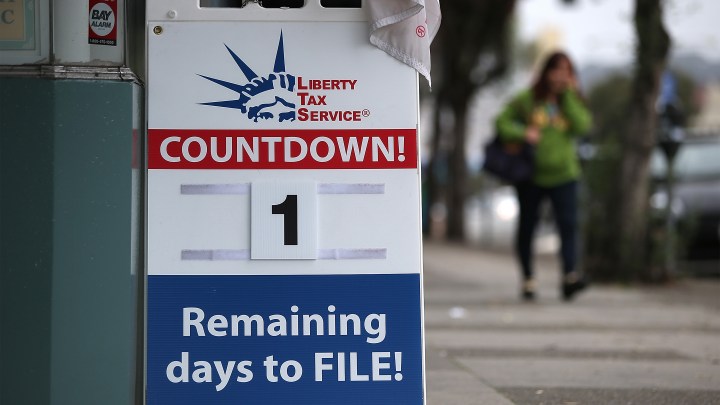 COPY
This year, the federal tax deadline has been pushed back to July 15. Justin Sullivan/Getty Images

This year, the federal tax deadline has been pushed back to July 15. Justin Sullivan/Getty Images
Listen Now

The other day, Andrea Parness, a certified public accountant in New York, was on the phone with some friends.

“They were saying, ‘Whoa, you must be so relieved that tax season ends in July. You must be like, relaxing.’ “

Tax Day was supposed to be Wednesday. But the IRS delayed the federal tax deadline until July 15. And yet, tax season has been chaotic for tax preparers and accountants.

First of all, initially the IRS only extended the tax filing deadline for certain things, like income taxes. There were still other forms to fill out and payments to make. The government eventually pushed those deadlines back too, but “we were not necessarily informed about extended deadlines up until the last minute in some cases,” Parness said.

Also, while accountants now have until July to file their clients’ federal tax returns, “some states are still due before July 15, and a couple states have moved their deadline to after July 15,” said Matt Metras, a tax preparer in New York. He has clients in other states like Mississippi, where returns are due May 15, and Virginia, with a payment deadline of June 1.

It takes a big spreadsheet from AICPA, a tax accounting trade group, to keep track of all these changes.

Meanwhile, accountants are trying to advise their clients on the government’s new small business loan programs. All while navigating video chats with clients who are used to coming in person.

“I honestly don’t think I’ve ever been in a tax season that’s been so bizarre,” Metras said.