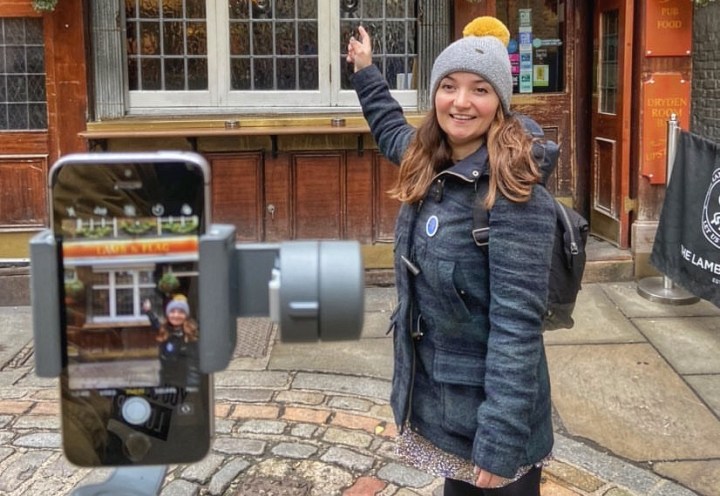 Britain’s Prime Minister Boris Johnson on Monday night enlisted the country’s residents to suit up in the battle against COVID-19.

Unlike in wars of the past, though, marching orders this time were simple: Stay at home.

Residents are only allowed to leave their homes for essential shopping trips, to exercise outside once per day and to travel to work if it’s absolutely necessary.

That now means most people are working from home, most shops are closed and only the likes of grocery stores, pharmacies and restaurants are allowed to operate.

For Katie Wignall, founder of tour company Look Up London, that could be a devastating blow to her business.

But, she’s found a way to keep guiding through the crisis: virtual tours.

Using the street view on Google Maps, her own photos and extensive knowledge about London history, Katie walks people virtually through both some of the city’s well-known and lesser-known sites. She’s garnered thousands of views on tours of Covent Garden, Guild Hall and Tower Hill.

Katie explained how she got the idea to move her business all online ⁠— at least temporarily ⁠— to the BBC’s Victoria Craig on the global edition of the Marketplace Morning Report. The following is an edited transcript of their conversation.

Katie Wignall: When I posted saying I was explaining and rescheduling all of the walking tours, I had a lot of lovely feedback from people saying they were going to miss the tours. And I kind of felt like, “There has to be a way now with technology that we can keep the tours going.”

Victoria Craig: You had people from all over the world ⁠— Frankfurt, Israel, Brazil, D.C., South Africa ⁠— on your first tour, didn’t you?

Katie Wignall: Yes, it was amazing. Someone from Taiwan, someone from Tasmania. I think what people really felt was in that time they were along for the virtual tour, they were really connected and just able to, for 20 to 30 minutes, just forget about whatever they were focusing on before and enjoy a bit of London history. What I’m trying to do is encourage people, who might be tempted to go outside, to stay home, but still  feel a little closer to the outdoors.

“What I’m trying to do is encourage people, who might be tempted to go outside, to stay home, but still feel a little closer to the outdoors.”

Victoria Craig:  This is a great innovation for your businesses, but we’re also talking about livelihood. You run walking tours all over London every day. So without being able to do that anymore, are you able to make a little bit of money, at least, doing these virtual tours?

Katie Wignall: People have been incredibly generous. I’ve been overwhelmed with donations that people have been sending over PayPal. I definitely see the potential of doing virtual walks, and I think it could be a really exciting time actually to see how this changes things. 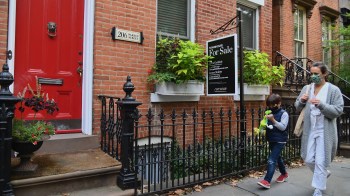