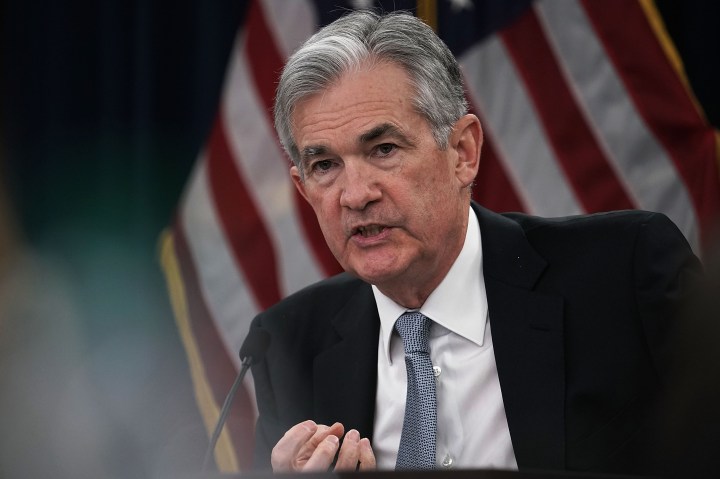 In its boldest effort to protect the U.S. economy from the coronavirus, the Federal Reserve says it will buy as much government debt as it deems necessary and will also begin lending to small and large businesses and local governments to help them weather the crisis.

The Fed’s announcement Monday removes any dollar limits from its plans to support the flow of credit through an economy that has been ravaged by the viral outbreak. The central bank’s all-out effort has now gone beyond even the extraordinary drive it made to rescue the economy from the 2008 financial crisis.

“The coronavirus pandemic is causing tremendous hardship across the United States and around the world,” the Fed said in a statement. “While great uncertainty remains, it has become clear that our economy will face severe disruptions. Aggressive efforts must be taken across the public and private sectors to limit the losses to jobs and incomes and to promote a swift recovery once the disruptions abate.”

Financial markets sharply reversed themselves after the announcement but then fell back again after the market opened. By mid-day, the Dow Jones Industrial Average was down about 4%. The yield on the 10-year Treasury bond fell, a sign that more investors are willing to purchase the securities.

In unleashing its aggressive new efforts, the Fed, led by Chair Jerome Powell, is trying both to stabilize the economy and allay panic in financial markets. Many corporations and city and state governments are in desperate need of loans to pay bills and maintain operations as their revenue from customers or taxpayers collapses. That need has escalated demand for cash. In the meantime, large businesses have been drawing, as much as they can, on their existing borrowing relationships with banks.

The intensifying needs for cash means that banks and other investors are seeking to rapidly unload Treasuries, short-term corporate debt, municipal bonds and other securities. The Fed’s move to step in and act as a buyer of last resort is intended to provide that needed cash.

The central bank’s actions increase pressure on Congress to approve a nearly $2 trillion stimulus package that stalled late Sunday. The bill includes funds that would help backstop the Fed’s lending. Many economists say that whatever financial support Congress eventually provides will likely be even more important than the Fed’s intervention. And they warn that such fiscal help needs to come soon.