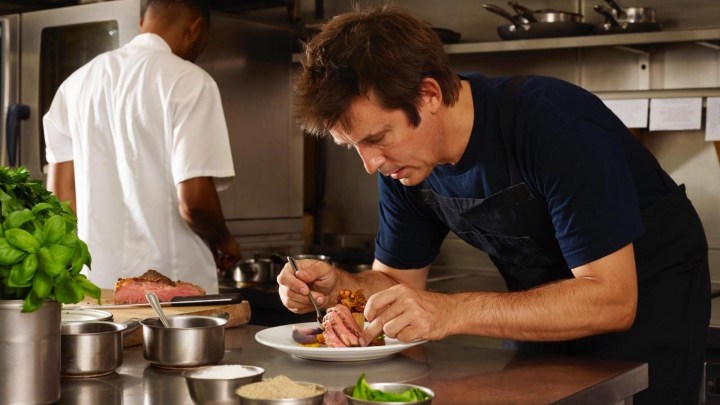 “Keep calm and carry on” read the iconic British government posters ahead of World War II. Businesses in London are finding it harder to “carry on” with this virus on the loose and nations just across the English Channel on lockdown.

One restaurant trying to find its footing in this new reality is Parlour, a pub in northwest London near Notting Hill. Although chefs there have been busy prepping for dinner service each night, the kitchen is about to fall silent.

That’s because, at the government’s advice, customers are staying at home rather than eating out in the hope of preventing further spread of COVID-19.

That means owner and chief Jesse Dunford Wood is facing a tough decision about the future of his business.

Britain’s hospitality industry accounts for about $130 billion of the nation’s economic output.

But the last 10 days have been brutal.

Industry group UKHospitality, which represents 700 of those pubs, hotels and restaurants, says businesses have taken in 60% less money than usual and customer visits have plunged 40%.

On Tuesday, the British government ripped up an emergency budget just six days old and unveiled a more robust plan to fight what the it calls an “economic emergency.”

It includes nearly $400 billion worth of loans, $24 billion in aid, property-tax relaxation for all businesses and grants for pubs and retailers.

Carolyn Fairbairn, director general of the Confederation of British Industry, welcomes the news.

“This is a serious and massive package of measures,” she said. “Loans going out at that scale into businesses is a good thing. The challenge is to get them out the door, and banks need to work on that.”

Some businesses say they’re worried about the new loan offer because it requires them to take on more debt in an already difficult period.

“There are some very large tax bills hitting companies in the next few weeks, and so seeing if they can be cancelled or deferred will help people stay in jobs and help businesses keep their employees,” she said.

Despite the uncertainty and turmoil on the industry, Wood is trying to find the silver lining.

“You hear about people losing lots of product,” he said. “I’m just lucky I’m not in the fish business, because that’s something you need to get rid of immediately. We will succeed, we will survive and we will get through this with true British grit.”

Until then, Jesse and his team are taking one day at a time until they’re told they can’t carry on.