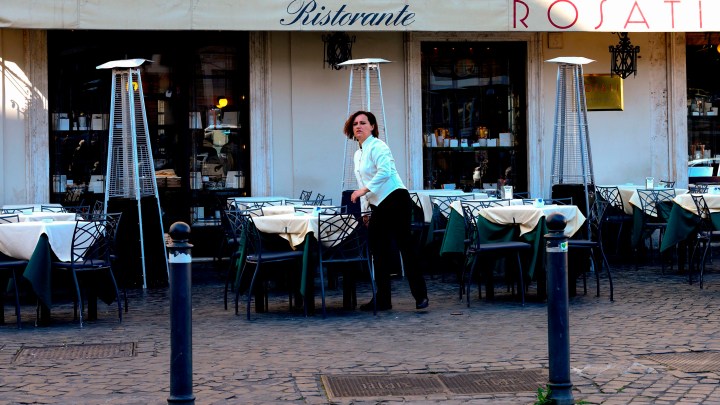 Sixty million people have been placed on COVID-19 lockdown in Italy. You can move around for work, and trucks and delivery vans have been permitted to go about their business. And if you can show a pressing need to get around — say, for health reasons — you can also get permission.

But what about for everyone else? What is life like on the ground? The BBC’s David Willey gave us an idea. He says he and his neighbors have been able to get what they need so far.

The following is an edited transcript of that conversation.

David Willey: I now live slightly outside Rome, in a small village about 30 miles from the center of Rome. So I’m used to village life. As far as I can see, life in our village is continuing as normal.

But I noticed, for example, I went out to the local cafe and was sitting down when suddenly the local policeman turned up and warned everybody that we weren’t sitting far enough apart from each other. This was according to a new decree, you’re supposed to keep at least one meter of space between you and the nearest person.

David Brancaccio: And you saw a reference to an incident, what, today in Sicily there was a funeral procession?

Willey: In the center of Sicily, there was a funeral procession being held this morning. The police intervened and tried to stop the funeral, and issued, I think, something like 48 warning notices. The authorities are doing their best to make Italians obey the law. But I think there’s still a large uncertainty about what exactly is allowed and what is not allowed. And I think that confusion will continue during the days to come. 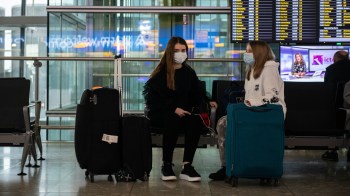