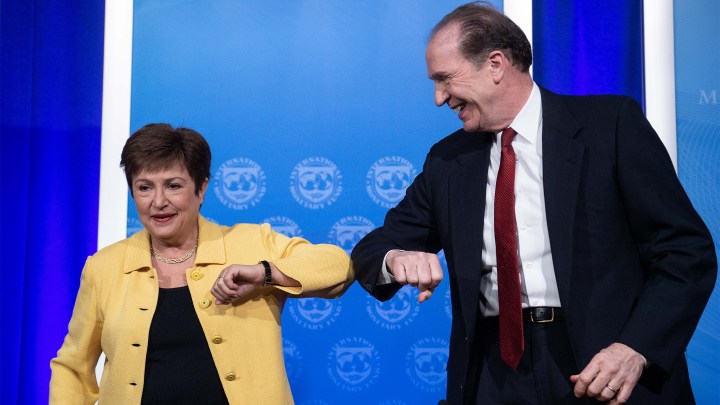 Central banks this week addressed the fallout markets experienced in response to concerns about COVID-19, which has been spreading across the globe. The U.S. Federal Reserve cut interest rates by half a percentage point Monday, and the G7 Finance Ministers and Central Bank Governors released a statement assuring it is ready to take action.

On Tuesday, the International Monetary Fund had a call with 189 member countries to discuss a coordinated response to COVID-19. The IMF’s managing director, Kristalina Georgieva, said the mood of the call was serious and focused on coordinated action.

“What we aimed to do was to collectively look at a rapidly changing situation. Within one week, we have seen the coronavirus spreading in more countries by the day. At the time of our call, nearly 40% of the world has already been affected, and that continues since Tuesday,” Georgieva said. “Our main objective was in this uncertainty, what is it that we know and how we can use this knowledge to be more effective in the actions we take.”

What they do know, Georgieva said, is that COVID-19 is a global outbreak, spreading with cases still possibly undetected, and that it is already impacting the world economy. What’s unknown, she continued, is the longevity of the outbreak.

Georgieva said that crises of this nature in the past have imposed cost. One-third of that cost would be direct — people dying, productivity lost from people not working, disruption in production. Two-thirds of that cost came from consumers not consuming and investors not investing.

“In other words, more of the impact is because of uncertainty,” Georgieva said. “What it means for us is to act in a decisive manner to give more certainty and therefore reduce that part of the cost.”

Georgieva said the IMF is urging members to build more capacity in their health systems, provide more support to businesses and communities that are most impacted and to share experience with other countries affected later.

“My institution aims to be that transmission line of experience so that we can accelerate action to reduce the suffering,” she said. “That is our main role — to help that mobilization of action and make sure that fewer people die, there is less suffering. It is a serious epidemic. It has to be tackled with the same seriousness but also with the sense that we can do something about it to reduce the impact.”

Georgieva acknowledged that the world economy is in a more adverse situation than it was at the start of the year, but said the financial system is much stronger than it was during the 2008 recession, in part because of synchronized action from central banks.