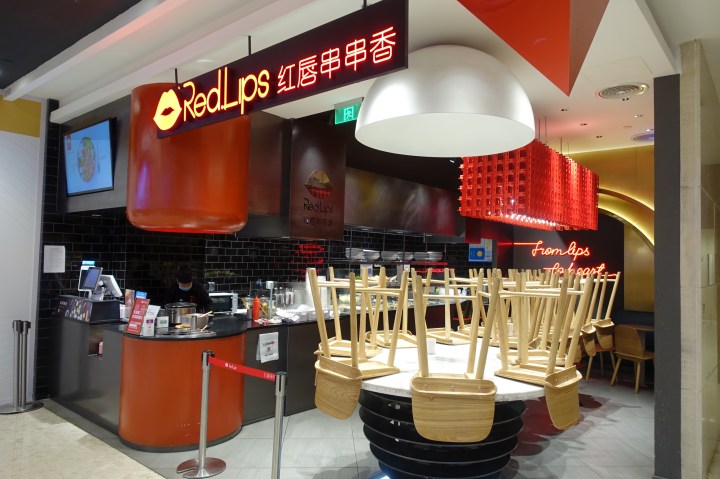 A lot of economic activities in China remain stalled or closed even as the number of new infections of the new coronavirus disease, or COVID-19, has steadily declined.

Over the weekend, Shanghai authorities said nearly 90% of the 697 key foreign-funded enterprises in the financial center have resumed work since the municipality officially ended the extended Lunar New Year holiday on Feb. 10. However, not every company is operating at full capacity.

L’Oreal China’s vice president reported at a meeting with the Shanghai government last Friday that only 10% of office staff have returned to its headquarters, while its Suzhou factory was restored to 70% of normal capacity.

Chinese officials say they will do everything to help businesses resume operations while containing the virus.

However, it has not been a straight-forward process for nonessential industries in the experience of Marketplace’s Shanghai bureau.

To be allowed back into the office officially, the Marketplace Shanghai bureau has had to sign declaration forms for the building management. The forms must state each staff member’s:

If any staff members are returning from areas heavily affected by the virus, such as Hubei province, the employees must:

Marketplace staff members also pledge on the form to take virus prevention steps such as:

However, there is a shortage of medical supplies.

The World Health Organization and the Centers for Disease Control and Prevention recommend masks only for nurses, doctors, those sick with the virus and their caretakers, but Chinese officials also ask the general public to wear them as soon as they leave the home.

Face masks are in short supply.

Shanghai has set up a citywide registration system to prevent mask hoarding and long queues in front of pharmacies. Residents will be called when a new supply arrives at pharmacies.

However, each household is only allowed to buy five masks at a time.

Disinfectants and thermometers can also be hard to come by.

Marketplace visited three pharmacies before finding thermometers for sale, although not much else was in stock.

At a fourth pharmacy, part of the Lei Yun Shang chain, Marketplace was told that its customers buy any item recommended by leading Chinese epidemiologists.

“Seventy-five percent alcohol is said to be effective for sterilizing, so they’re sold out,” said Ms. Li, a pharmacy staff member who declined to give her full name because she is not authorized to speak to the media. “Things that can boost the immune system like vitamin C also sell very well.”

She then warned Marketplace staff to stand at least 3 feet away from her. Everyone is worried about catching the virus.

Virus prevention rules differ between neighborhoods. At the apartment complex of Marketplace news assistant Charles Zhang, only two people per household are allowed to go out at any given time.

The compound restricts the movement of residents by issuing only two entry-exit passes per family.

It will not issue an entry-exit pass to residents who left Shanghai within the last 14-days, which effectively forces people to self-quarantine at home.

Previously, the self-quarantine measure only applied to anyone who had visited the badly hit province of Hubei.

In another part of town, businessman Wang Xiaojian faces no such restrictions, but he did change his route to work.

“There is a road I take to get to my office every day, but on the first day returning to work, someone stopped me and said the road leads to his village and only residents can use the street,” Wang said. “It’s a public road. Who gave him the right to block it?”

Public uncertainty and fear have put China’s government under pressure.

People complain it was initially more concerned with stopping news about the virus outbreak rather than with containing the spread of the virus itself.

However, in recent weeks, officials have taken care to issue guidance and prevent infection by making sure people don’t crowd together.

It is up to residential committees and businesses to figure out the best way to do this. The few restaurants and cafes open during the outbreak of the virus are now either shut or only providing take-out service.

Even convenience shops such as 7-Eleven and Family Mart, which are popular hangouts, have blocked off their sitting areas to prevent crowds gathering.

Businesses are under pressure. Some workers have reportedly contracted the virus after resuming work in southwestern Chongqing. Similar stories have emerged from Beijing and Shenzhen.

At the Marketplace office building, everyone must be checked for fever before entering. However, handheld digital thermometers that security guards use consistently measure Marketplace staff between normal range and levels indicating hypothermia.

There is also complacency about checking temperatures.

After returning to the office from a lunch break, Marketplace’s Zhang was waved through the checkpoint by a staff member.

“There is no need to measure [his temperature],” the staff member said to the security guard. “He has come in and out several times. I know him.”

As part of the agreement to resume business operations, tenants are required to disinfect their offices daily.

Marketplace Shanghai bureau’s cleaner managed to make it into the office on the first four days after returning to work but not anymore.

A neighborhood committee member told Marketplace that since the cleaner also works at other office blocks, she could have potentially picked up the virus without knowing. She is no longer allowed in the building.

“It is also for your safety,” said the neighborhood committee member. “Maybe next week [the] situation will ease up.”