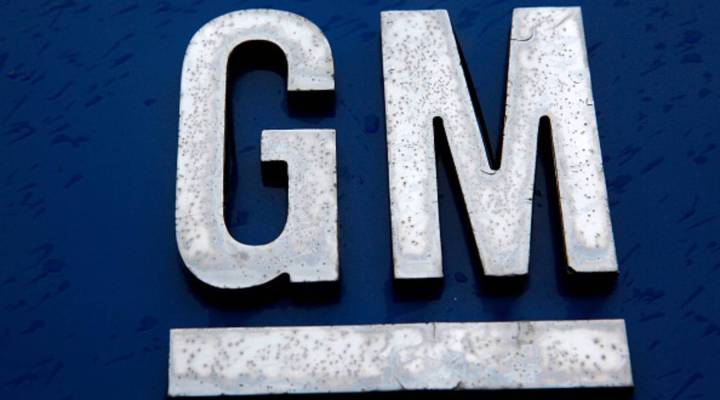 COPY
A sign is viewed at the General Motors Detroit-Hamtramck Assembly as they announced the closing of multiple facilities including this one on November 26, 2018 in Detroit, Michigan. JEFF KOWALSKY/AFP/Getty Images

A sign is viewed at the General Motors Detroit-Hamtramck Assembly as they announced the closing of multiple facilities including this one on November 26, 2018 in Detroit, Michigan. JEFF KOWALSKY/AFP/Getty Images
Listen Now

General Motors announced that it is retiring Australian car brand Holden, which means it’ll no longer sell vehicles in Australia and New Zealand with the exception of niche, specialty cars. The company will also stop selling Chevrolets in Thailand. One of the driving forces behind exiting those markets is GM’s ambitious plan to sell more electric cars.

Two decades ago, about one-fifth of the new cars people bought in Australia were made by GM. Now it’s less than 5 percent, and the numbers aren’t much better in New Zealand.

“The buying tastes in those markets shifted, and they shifted away from what General Motors was offering to what competitors were offering,” said Karl Brauer, an executive publisher at Autotrader.

For GM, selling cars in Australia, New Zealand, and Thailand came with an added cost. In all three countries, people drive on the left side of the road, and the steering wheel is on the right side of the car. That’s quite the transition, said Bernard Swiecki of the Center for Automotive Research.

“That’s not a small deal, because you need an entirely new dashboard. You need to reconfigure the entire steering system, which of course is next to the engine and transmission,” he said. “So you have all kinds of changes under the hood as well.”

Swiecki added GM doesn’t want to spend the extra money on engineering and making those cars if it’s not going to sell that many, and that the company’s decision to back out of the region is part of an ongoing strategy.

“GM really has been very focused on eliminating lines of business where they don’t make a satisfactory profit,” he said.

The company is trying to save money because it wants to ramp up its production of electric cars.

Sam Fiorani of AutoForecast Solutions said that transition will be difficult for a company that has primarily made internal combustion engines for a century.

GM has been shutting down its unprofitable businesses for a few years now – pulling back in Russia, Europe, and India.