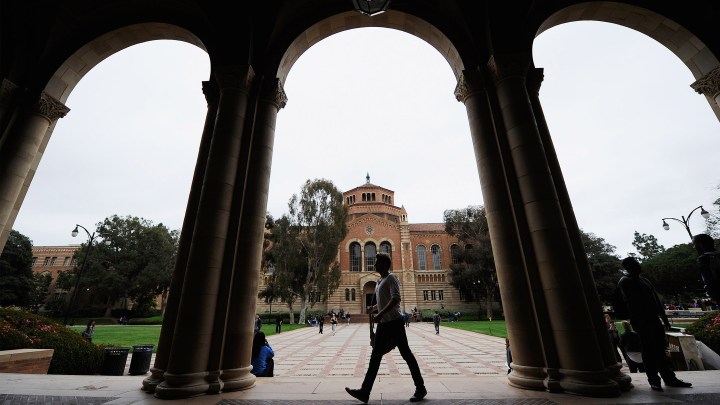 Americans have a lot of student loan debt. And many people are paying down that debt with something called an income-based repayment plan. That’s where your payments are based on your income and you pay a percentage of that income every month. If after 20 to 25 years you haven’t paid off those loans, the government will waive what remains.

So how much is that going to cost the government? The Congressional Budget Office answered that question Wednesday in a report: about $207 billion over the next decade.

It might sound like the government’s issuing a Get Out of Jail ree card for all student borrowers. But Justin Draeger, president and CEO of the National Association of Student Financial Aid Administrators, said graduate students stand to benefit the most.

And over the last decade, the percentage of grad students participating in the program has grown sixfold. Draeger said while the program was meant to be a safety net for students, more students are needing it.

“It should be a warning signal that we have distress in the student loan market,” Draeger said.

Part of the issue is that a lot of graduate programs don’t lead to high-earning jobs, according to Antoinette Flores, director for Postsecondary Education at American Progress.

“You have people like social workers and teachers who may already have undergraduate debt, and they are going into a field where the earnings are relatively low,” she said.

Borrowers on income-based repayment plans typically pay off their loans using 10% to 15% of their discretionary income each month. That’s often barely enough to make a dent in what they owe, according to Jason Delisle, resident fellow at the American Enterprise Institute.

“The payments are very low relative to what people are borrowing, and relative to the term before they would have the debt forgiven,” Delisle said.

The CBO estimates that by the end of decade, 81% of the government’s 200 billion in student debt forgiveness will go to graduate students.