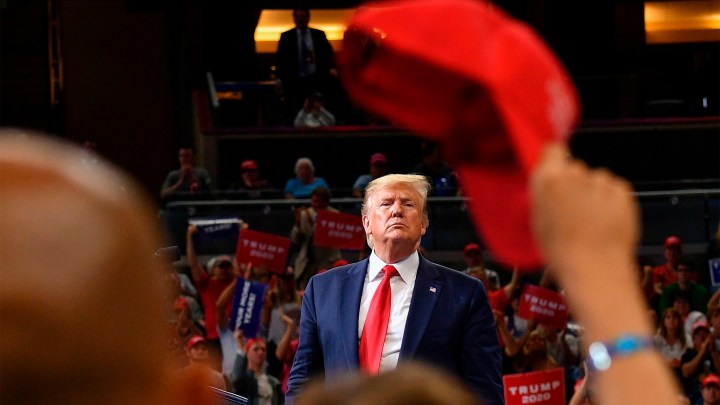 President Trump is scheduled to release his budget for the coming fiscal year later today. Like most presidential budgets, it’s just a starting point and is likely to be changed many times as it makes its way through a divided Congress. Presidents use budgets to signpost their priorities. In an election year, that signposting takes on even greater importance.

The message came through loud and clear in Reagan’s budget proposal that year said Jack Pitney, a professor of government at Claremont McKenna College.

“The keyword was optimism, a lot of soaring rhetoric,” he said.

Administrations often paint rosy economic pictures of the future in their budgets during election years, he said, with “a lot of aspirational programs, not so much discussion of the deficit and the debt.”

“There are a lot of regional things — so funding for the Great Lakes, obviously important to a lot of Midwestern states. Hurricane spending is important for Florida,” he said, along with potential bipartisan crowd-pleasers like infrastructure spending.