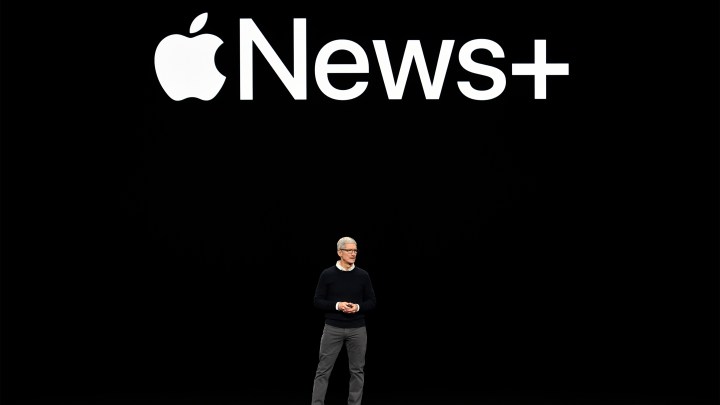 Apple will be livestreaming the Democratic presidential debate on Feb. 7 in New Hampshire. The company is partnering with ABC News to provide analytics, field questions from Apple News readers and provide infographics.

“Definitely, ABC is giving the news legitimacy to Apple,” said Ken Doctor, an analyst with the site Medianomics. “It is putting Apple into the league of being a news company, and that is giving them a lot of legitimacy for a company that pays so few journalists.”

What Apple is doing is nothing new. In the 2016 elections, Twitter partnered with CBS to broadcast and provide analytics. Later this month, Twitter will do that again for a Democratic debate in South Carolina.

When Apple News Plus launched last year, it offered hundreds of magazine and newspaper titles for about $10 a month. But, said Rick Edmonds, an analyst with the Poynter Institute, media users have subscription fatigue.

“You look at the bill and say, ‘Man, I’m paying about as much as I want to pay,'” Edmunds said.

Which might be why Apple is partnering with ABC News.