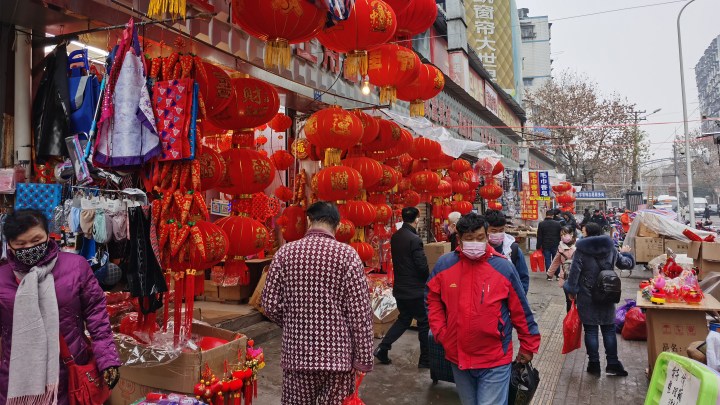 China has taken the extraordinary step of locking down city of Wuhan in central Hubei province and cutting transport links to several other surrounding cities in a bid to contain the spread of a virus that has killed at least 26 people.

More than 800 people have been infected by the new coronavirus in China and cases have been reported in nine other countries, including the United States.

Chinese officials shut public transportation, movie theaters and internet cafes in Wuhan, a city of 11 million people and the epicenter of the virus’ outbreak. Residents are being told not leave the city without “specific reasons.”

Variations of these countermeasures are in place in surrounding cities in Hubei province.

The impact extends 500 miles away to Shanghai, where the financial center is not under lock down.

“This time last year, there were a lot of people walking by on Lunar New Year’s Eve, but there aren’t so many now,” fruit stand vendor Qiu Jianxian said. “Many won’t leave their homes because of the coronavirus.”

Those who are leaving their homes, like Jolin Guo, aren’t traveling beyond Shanghai.

“Normally I would travel abroad or go back to my hometown in central Henan province,” she said.

This is the height of the Lunar New Year celebrations, when Chinese people typically make some 400 million trips over the weeklong holiday.

Despite the coronavirus, many have still decided to travel.

Helen Jin and her family flew from northeastern China to Shanghai on Thursday. They came prepared and are wearing face masks.

“We will avoid crowded places, like we planned to go to the Shanghai Disneyland Park, but we canceled it,” Jin said.

Hours later, Shanghai Disneyland announced on its website that it will close the theme park on Saturday as part of a response to the “prevention and control of the disease outbreak.”

“We will continue to carefully monitor the situation and be in close contact with the local government, and we will announce the reopening date upon confirmation,” said the notice.

Other tourist attractions in Shanghai, like museums and skyscrapers like the Jin Mao Tower, have reportedly closed as well.

Nationwide, at least seven movies will not be released in theaters during the holiday period.

These efforts are a bid to prevent large crowds from gathering, which could make the virus spread more easily.

“Our media doesn’t report everything. If the virus spreads, it’ll be quick because the population in Shanghai and China is dense,” Yang said.

As a result, some families are taking big precautions and limiting contact with friends and relatives.

Zhang Liying has a nagging cough and has not visited her uncle’s home since returning to her hometown in Zhejiang province earlier this week.

“He has young children, and I don’t want to pass on my cough to them,” she said.

“When my uncle brings food for me and my parents, he leaves it at the front door and doesn’t dare to step inside. This is the level of precaution we’re taking.”

Zhang’s father was still planning a family reunion with his brothers and sisters over the holiday.

“But then [on Thursday afternoon] we heard there was a confirmed case of coronavirus in a village 6 miles away, so my father canceled all the dinner reservations at the restaurant,” Zhang said.

Back in Shanghai, staff at the vegetarian restaurant Zao Zi Shu told Marketplace that there were many last-minute cancellations.

Not all businesses are suffering.

Some pharmacies and online shops cannot keep enough face masks in stock to cope with the demand. Plus, the people who stayed behind in Shanghai still want to celebrate with restaurant meals. Food delivery man Zhao Rong told Marketplace he’s getting a lot of orders.

“A lot of people don’t want to leave their homes, so they ask us to pick up their food for them,” he said.

People’s fear of contracting the virus has made him much busier, he said, than last Lunar New Year.