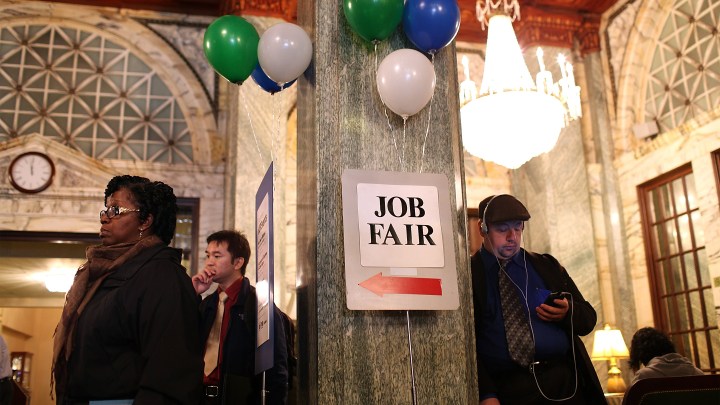 Back in 2018, job growth averaged 223,000 per month, fueled by the Trump administration’s tax cuts and sky-high consumer confidence. In 2019, the pace of job creation slowed to 180,000 per month, amid rising trade tensions and sluggish global growth. (The rate is based on data through November 2019, according to the Labor Department’s monthly employment report.)

But economist Dan North at trade credit insurer Euler Hermes North America said as the U.S. economy overall has slowed down, he’s seen signs of weakness in the job market as well.

“Job openings for the last ten years have been rising, and now we’re starting to see a backup,” North said. “And temporary job growth has shrunk to zero. Temporary workers are usually the ones that stop getting hired first.”

And North pointed out that another forward looking labor-market indicator, the four-week moving average of initial state unemployment claims, has risen in recent months. But so far, that hasn’t been reflected in the unemployment rate, which fell 0.1% in November to a 50-year low of 3.5%.