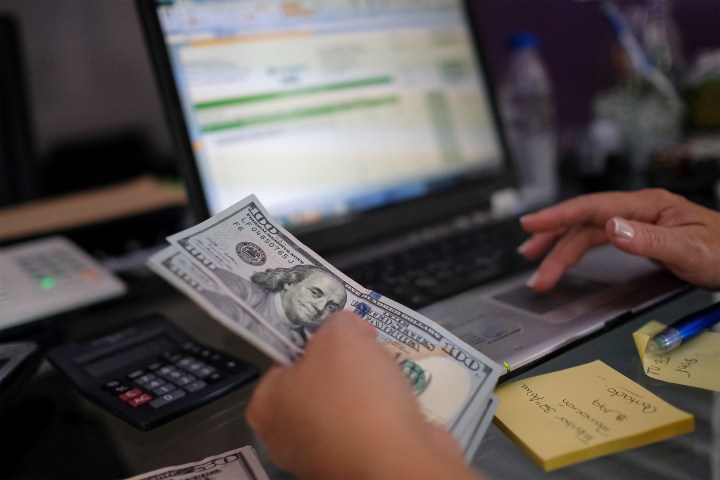 What does it mean to care for aging parents when you’re the only child in your family? We asked for your submissions after the release of Marketplace Morning Report’s investigation into elder financial abuse, and many of you wrote in. This story is the result of your contributions.

You can read stories from other only children here, and hear from the cartoonist drawing comics about his mother’s Alzheimer’s here.

When Amanda Peters’s father passed away, her mother — who was 66 at the time and suffering from COPD and congestive heart failure — moved into Peters’s home.

Peters, 35, is an only child and a mother of one herself. While she knew her caregiving duties were likely to get more intensive, she didn’t expect that she would take on the role of financial adviser, too.

“Your parents don’t always like to tell you what their financial situation is,” she said. “And then when one passes away, you really find out — because there’s no one else for them to talk about it with.”

Her parents hadn’t been very forthcoming about their financial lives, so Peters was in uncharted waters. She found out that they had no retirement savings to speak of and, at one point during her childhood, they had almost lost their home.

When it became clear that Peters’s mother needed 24-hour care, Peters was confronted with the difficult choice between finding a nursing home or quitting her job to become her mother’s full-time caregiver.

“I crunched the numbers and thought, ‘Can I afford to do this?’ Because nobody wants to put their parent in a nursing home,” she said.

In the end, it was Peters’s mother who made the decision. One night, after the two agreed to revisit their options the following day, her mother called the hospice coordinator and signed the paperwork without telling Peters.

“She didn’t want me to have to make that choice,” she said.

Now a mother of one herself, Peters is taking steps to ensure that she is more financially prepared for old age than her parents were.

“I don’t want him to end up with worrying about how he’s going to bury me.”

She’s invested in her 403(b) retirement plan since her early 20s and she has an advanced directive in place. She and her now ex-husband have talked at length about their financial lives and are on the same page about what they would do if something happened to one of them.