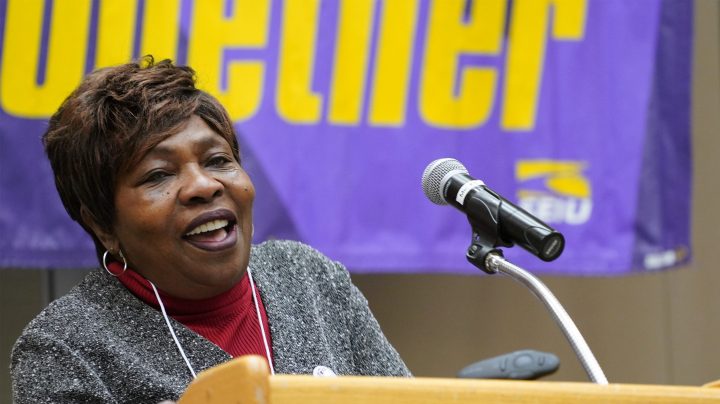 COPY
Lila Johnson, a 72-year-old custodian at the U.S. Department of Agriculture, said she would retire if she could afford it. Jay Mallin/Service Employees International Union
Government shutdown 2019

Lila Johnson, a 72-year-old custodian at the U.S. Department of Agriculture, said she would retire if she could afford it. Jay Mallin/Service Employees International Union
Listen Now

Listen to our first interview with Lila Johnson here.

Congress is expected to vote this week on a stopgap spending bill that would delay the threat of a government shutdown from Nov. 21 to Dec. 20.

But many government workers are still dealing with the financial consequences of the 2018-2019 shutdown, almost a year later. This is especially true for government contractors, who never received back pay for the 35 days they were furloughed last year.

“I had to go to my life insurance company and borrow money that I’m still paying back,” said Lila Johnson, a 72-year-old custodian at the U.S. Department of Agriculture. “I had no other choice because I’m raising two great grandkids.”

Well into what many consider retirement age, Johnson said she’s still working out of necessity.

“If I could retire, I would retire tomorrow. But I can’t afford it,” she said.

Despite having worked in the same government building for 22 years, Johnson isn’t directly employed by the U.S. government – she’s part of a growing group of federal contractors who work for government agencies but who often go without the benefits of direct government employees. Many of these contractors are low-income, working as security guards, food service workers, and custodians – and many of them didn’t have a financial cushion to fall back on when their paychecks were halted.

Because Johnson never saw any back pay for the 35 days she was told not to come to work last year, she’s rethinking her holiday plans this year.

“I was planning on going to spend some time with my sister-in-law and my brother. But right now, I don’t think that I’m going to be going out of town, splurging, spending money – because I don’t know what’s going to go on as far as this government shutdown,” she said.

“It makes me very angry. For something like this to keep going on doesn’t make any sense,” she said.

With the possibility of another shutdown looming, Johnson is thinking about applying to jobs outside of the government where she won’t have to deal with this kind of uncertainty. 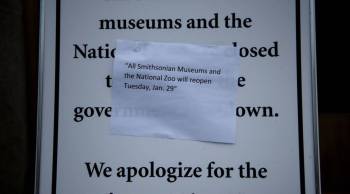