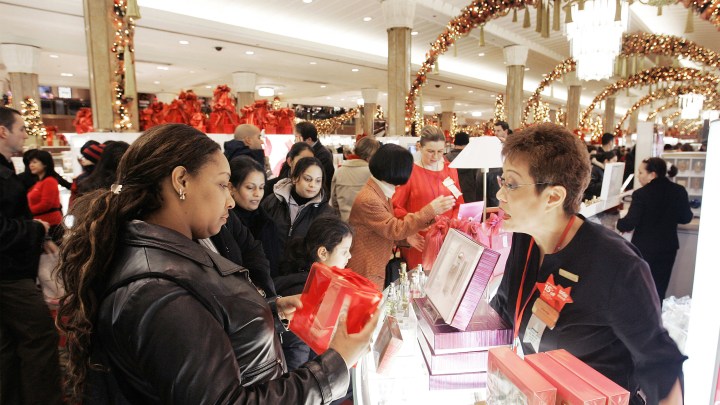 Retail sales rebounded in October, according to the latest government figures, but fell at retailers who sell clothing, electronics and home goods. The mixed news highlights the difficulty in predicting consumer behavior during a time of economic and trade uncertainty. That could make it difficult for retail businesses as they enter their busiest time of the year.

Predicting just how big the holiday boom will be and hiring to meet that need is always challenging. This year in particular, companies have to deal with a lot of conflicting indicators, said Daniel Zhao, an economist with job site Glassdoor, “between the trade war, consumer confidence, volatile economic news, and on top of that there are these long-run trends like e-commerce.”

Failing to strike the right balance of employment can have big implications: Too few workers can result in a situation like United Parcel Service had in 2017, when a labor shortage caused big delays and unhappy customers, which could hurt business.

Hiring too many people can really cut into a company’s bottom line, especially considering the demands of the tight labor market, said Andrew Challenger with outplacement firm Challenger, Gray & Christmas.

“It’s a very tough environment. The cost of hiring is going up significantly,” he said.

With unemployment near a 50-year low, companies are having to offer higher wages, deeper merchandise discounts and more perks to attract seasonal workers.

Despite those concerns, this year’s holiday season is already looking pretty cheery for workers and employers, said Andrew Flowers, an economist with job site Indeed.

“So it doesn’t seem that this uncertainty is weighing down on retailers’ employment demands,” he said.

He’s seen a 1% increase in holiday job postings on Indeed over last year, while federal jobs numbers showed an 18% jump in retail jobs for October over the previous year.