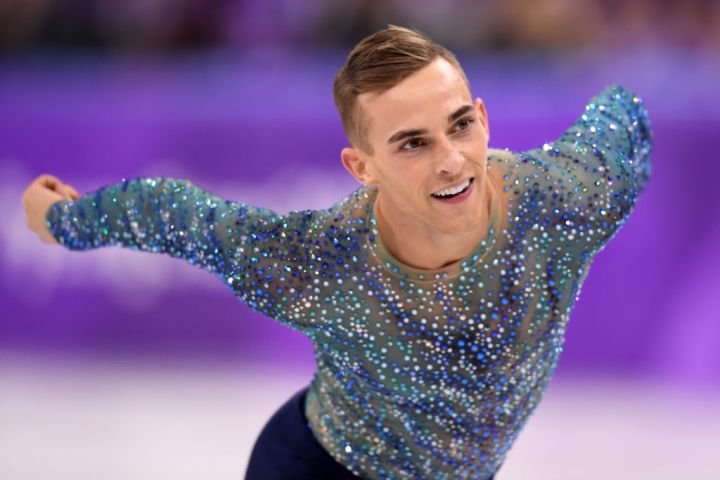 Adam Rippon is perhaps best known as an Olympic figure skater. He won a bronze medal at the 2018 Olympic Games in Pyeongchang, South Korea. He’s also known for using his platform to advocate for social justice, particularily for gay rights. Since his retirement from skating, he’s gone on to win Season 26 of “Dancing with the Stars,” just sealed a deal to host a new mobile streaming series,  and written a memoir: “Beautiful on the Outside,” out this week. The book takes the reader back to Rippon’s early life in Scranton, Pennsylvania, and what he really thought about his first time on the ice (spoiler alert: he hated it).

In the book he describes how his road to the Olympics was paved with seemingly insurmountable obstacles, as well as the financial struggles he faced after not making the Olympic team … twice.

“She was broke” he said referring to himself in an interview with Marketplace’s Sabri Ben-Achour. The self-proclaimed “American Sweetheart,” relied on free tea and green apples from his gym for sustenance and lived in his coach’s basement when times were lean. But he said that he didn’t despair. “I just always thought that I would find a way out. It felt like I would figure it out. It felt very temporary … And I think through focusing on that, that helped me because I never felt like I was stuck in this hole.”

That attitude also helped him find a new path when he hung up his skates. “It’s something I always kind of dreamed of doing. I think even more so than being an Olympic athlete is being an entertainer, a comedian. And I love it,” Rippon said. Listen to Sabri’s full interview with Rippon by clicking on the player.