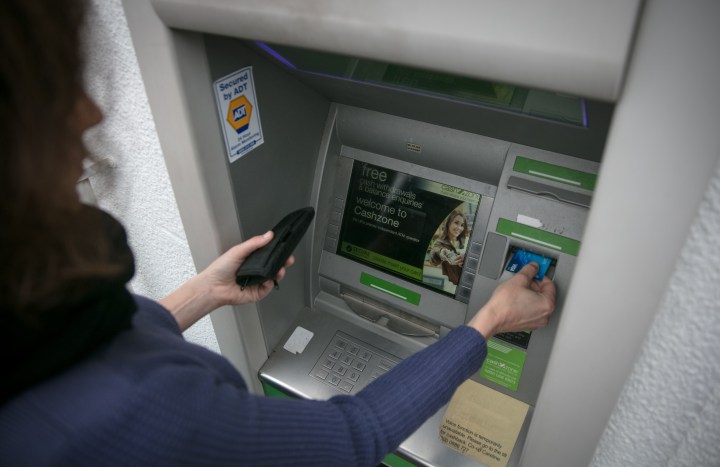 COPY
In this photo illustration a woman uses a cashpoint ATM. (Photo by Matt Cardy/Getty Images)

Pockets feeling a little lighter? It might be thanks to record-high ATM fees.

If you’re withdrawing cash from a terminal not owned by your own bank, new research from Bankrate says you’re likely paying close to a $5 fee per transaction.

In Britain, where fee-free ATMs are becoming more scarce, many people don’t have a choice but to walk long distances to retrieve cash. That’s because those cash machines are disappearing at a rate of 600 per month, according to research by Which, a London-based consumer lobby group.

The problem is more pronounced for customers in rural towns and villages where people are traveling miles to find the nearest bank. Michelle Fowler, who lives in Wales, has to take a 30-mile round trip every time she needs to take out cash. There used to be three banks in her town; now there are none.

“It’s not just me having to do this, it’s all the catchment area that has to do it,” she said. “So if [people] are doing that trip to the nearest bank, then that’s where they’re going to buy their loaf of bread or get their hair done. It has a huge effect [on the local economy].”

The reason ATM terminals are disappearing all comes down to the very thing they were designed to dispense: cash. There’s a three-way struggle between banks, the ATM operators, and the organization that oversees that ATM networks.

The rise of financial technology means people don’t rely on cash as much as they used to, and that means fewer trips to the cash machines, which equates to less money the banks are able to make from transactions.

Earlier this year, the industry body Link said it would reduce the fee that ATM operators receive from banks each time a terminal is used, to 20 pence from 25 pence, in increments, over the next four years. This could lead the operators themselves to charge consumers more at the machine.

The ATM as we know it is quickly evolving and operators are getting more creative with the things they allow consumers to do with the machines. Portugal has piloted a program that allows users to add credit to their cell phones, pay bills or taxes, and pick up concert or theater tickets … as well as cash.

The international ATM manufacturer NCR has begun making self-service machines that operate like a smartphone or tablet, with swipe and zoom capabilities, on a 19-inch color screen. They’ve already been installed in the U.S., with plans to expand to Australia and New Zealand.

In the end, though, ATMs may still need to provide the service they were invented to provide: cash withdrawal.

“I’m old fashioned. I do like to deal in cash, myself, because I know where I am, I know how much I’ve spent,” Fowler said. “I think [society is] pushing to be cashless. Even now, the cashiers at the bank encourage us to use the machines rather than use their services.”

Fowler said while her town does have access to broadband Internet, the speed isn’t great and so mobile banking isn’t always an option. She added that for older members of her community, moving banking needs online simply isn’t an option; she believes access to cash and cash withdrawal points will be important for years to come.