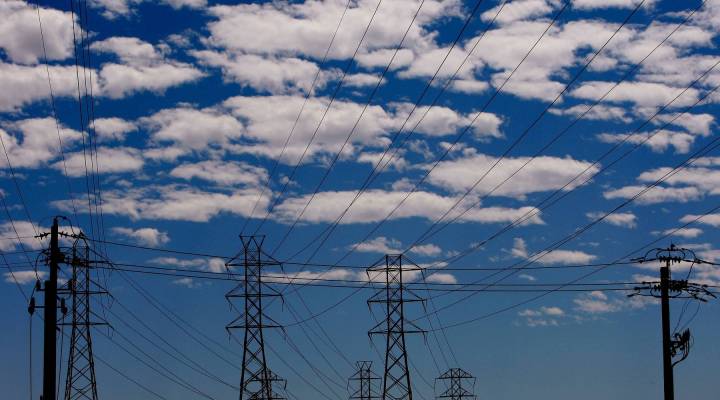 The lights could be going out for more than half a million Californians Wednesday. After downed power lines operated by Pacific Gas and Electric were implicated in several devastating wildfires in recent years, the utility has moved to implement massive preventive power shut-offs amid dry, windy weather. The potential outage could last 48 hours or more, stretching through a massive swath of 29 counties, from rural areas in the north to the metropolitan Bay Area. It would be by far the biggest preventive power outage by the utility company. But with climate change making fires and natural disasters like hurricanes more frequent, power disruptions like this could be part of the new business as usual.

Becky Urbano is keeping a close eye on her phone so long as it still has juice. The Oakland resident has been alerted her home and two kids’ schools could lose power in the outage.

“Really, we’re kind of on call,” she said. “If power goes out, we have to go get the kids and they come home. There’s really no other option for us.”

Work will have to take the back seat for Urbano’s family and much of the region. A report from utility research firm E Source found power outages cost U.S. businesses an estimated $27 billion a year. Just a four-hour power disruption can cost businesses an average of $10,000 to $20,000.

Catherine Wolfram is a business professor and expert on energy policy at University of California, Berkeley, which is also bracing for the outage. She said events like these can really cripple business.

“It’s just not something that our economy is equipped to deal with,” she said.

At the university, she said, experiments had been canceled and labs were preparing to throw out some perishable materials. Outages can have outsized effects on industries that rely on refrigeration, like health care and food services, as well as on manufacturing and information technology services.

In parts of the world where electricity is unreliable, such as sub-Saharan Africa, Wolfram said businesses have no choice but to incorporate the cost of backup power into their budget — upward of $10,000 for a commercial generator.

“That becomes essentially like a tax on the economy,” she said.

It’s a cost that Nic’s restaurant in Paradise, California, is willing to pay. The town was almost destroyed last year in the state’s deadliest wildfire in history. Now the restaurant has a backup generator to the backup generator, said kitchen manager Joe Pickett.

“So that our food stays good, and we can still run paninis and a coffee machine,” he said. “It’s a time and age where we’ve got to be ready for anything that comes.”