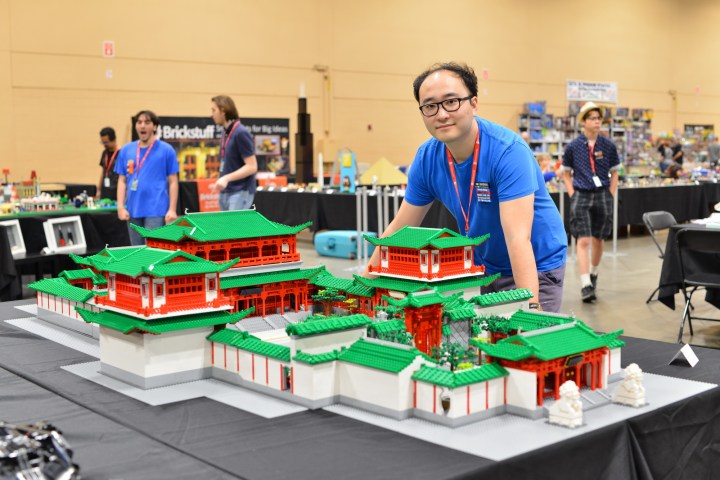 Two years ago, Prince Jiang was living a life many Chinese families could only dream of. He was finishing his PhD in computer science in Indiana and running his own big data company for the health care sector. After graduation, his parents hoped he’d stay in Indiana to build a better life.

“They want me to stay there like my other relatives,” Jiang said. “I have so many relatives living in the U.S.”

Some 600,000 people in China go abroad to study each year. The share of students returning is increasing. According to statistics from the Chinese government, a million students returned to China from their studies in 2017 and 2018.

Jiang is one of them. He returned to his native eastern Chinese city of Changzhou in the fall of 2017 to become a professional Lego builder.

He is certified by the Danish company, which is a distinction he shares with just 13 other people around the world.Jiang is the first Lego certified professional in mainland China. He is proud of this honor but others have questioned his career move.

“People around me [would say] ‘Oh you’re crazy man, you’re just back for the toy.’”

The opportunity to become a Lego certified professional was possible because more Chinese families are able to afford Lego. Growing up, Jiang managed to get one Lego set from a relative living in a big city that had access to imported toys.

He picked up Lego a second time when he was completing his bachelor’s degree in Australia. By the time he was studying in Indiana, Jiang said he was playing with Lego daily. He even moved within a 5-minute walk to an official Lego store just so he could visit every day.

“Lego for me is something that I can release my pressure after work,” Jiang said.

When Lego certified Jiang in 2017, it gave him less than a month to pack up his life in the U.S.

Jiang didn’t even finish his PhD and returned to China.

However, he is not a Lego employee. Instead he is the go-to contractor when a new Lego shop opens in China, or when Disney premiers a movie. Jiang helps them design and build big Lego sculptures.

He keeps 45 tons of Lego in his studio. He has so many projects on-the-go given that Lego plans to open 80 new shops in mainland China this year.

His work is celebrated in the local press. On the popular entertainment show “Tiantian Xiangshang” the hosts seemed amused that he is a computer science PhD turned Lego builder.

Some of Jiang’s classmates who studied abroad have also returned to China because the country now offers many more opportunities.

“In China, the salaries are getting higher and higher. In Shanghai, some industries, definitely [pay] higher than if you work in the same industry,” Jiang said.

Although the money-making potential is higher in China, Jiang misses the straightforward nature of doing business in the U.S.

“In the U.S. when you want to go for some projects that’s easy because people agree that you do whatever the contract says,” he said. In China, his clients can request changes throughout the course of the project. “It’s not [on] a contract basis.”

Jiang misses his friends in Indiana too, although he has no regrets about returning to China. “It’s a good life. Every day I work with Lego, [which is] something that I’ve really loved for decades.”