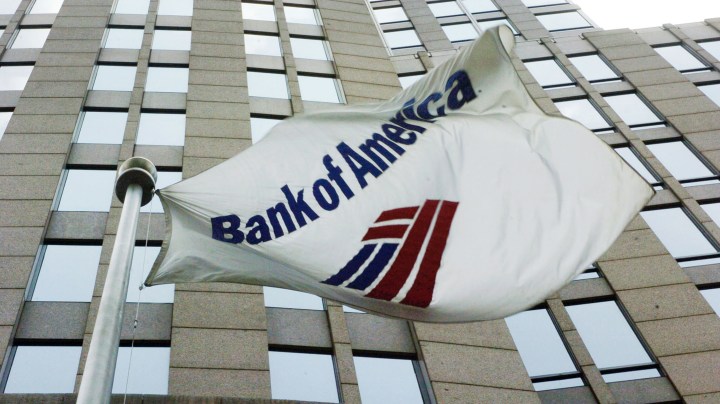 Bank of America was out with its latest earnings report last week. Profits were solid for the most part, but the bank said it’s making a lot less from trading and business loans. A number of other big banks reported similar results.

The bright spot for Bank of America? Its wealth management division. In fact, a lot of big banks are doubling down on the business of helping people manage their money, with services like investment advice and ways to save on taxes. Banks will often pair clients up with a dedicated financial adviser.

Banks offer this because there’s a growing demand for wealth management. The Pew Research Center says more than 10,000 baby boomers retire every day. Banks know that for a lot of those people, it can be kind of scary making sure they have enough saved for retirement.

“That’s the hardest part for a lot of people, just realizing how uncertain this stuff is,” said Ben Carlson of Ritholtz Wealth Management, an independent advisory firm.

There’s a growing number of small firms like his out there, especially with the stock market hitting new highs all the time. Carlson says big banks are starting to gobble up those smaller firms.

“I think a lot of this is those bigger places fighting back and realizing that these independent places are infringing on their territory a little bit,” Carlson said.

Charles Schwab is reportedly in talks to buy the wealth management business of USAA, according to the Wall Street Journal. Earlier this year, Goldman Sachs bought up a wealth management firm called United Capital. The struggling Deutsche Bank says it will focus more on wealth management, after announcing thousands of layoffs and a drastic reduction in its investment bank.

“One thing that I will tell you about managing a bank is that it’s kind of a balancing act,” said Kent Belasco, director of the Commercial Banking Program at Marquette University, and a former executive at First Midwest Bank in Illinois, which also bought up a wealth management firm this year.

He says banks like wealth management services, because they make money through fees, which isn’t affected by interest rate changes by the Federal Reserve. Belasco says with the Fed poised to lower rates this year, banks won’t be making as much on loans. Commercial loans are typically the bulk of a bank’s revenue.

Relying more on wealth management fees will help them find a more stable source of income.