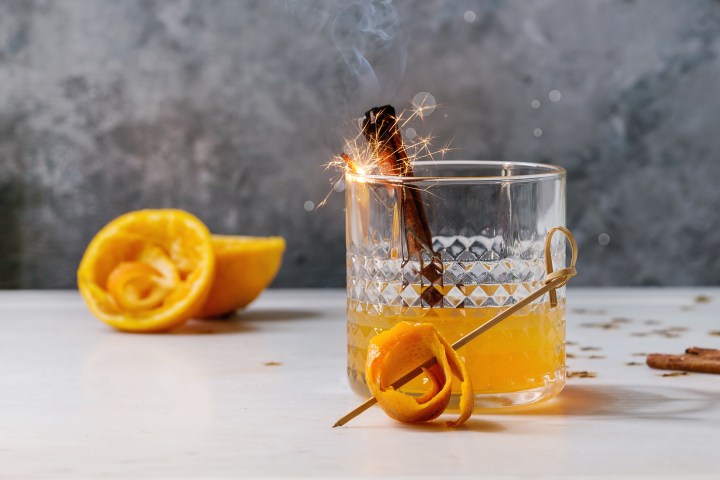 In the shadow of a 12-century medieval abbey in the English town of Bath, a group of whisky enthusiasts attend a regular tasting.

Tasters cleanse their palates between each sample with a traditional Scottish oatcake or a piece of dark chocolate.

“For a Scotch, a classic taste would have a more peated, smoky, earthy note to it. That’s what separates Scottish whiskies from the rest of the world,” said Tom Bazzard, manager of the Whisky Shop Bath, which hosts the tastings.

For centuries, Scotch whisky has been made with water and malted barley, distilled in Scotland and aged for three years in oak casks. It’s protected by laws recognizing it has a “geographical indication” – like French champagne, Stilton cheese and Florida orange juice.

But the traditional “water of life” is facing threats from potential U.S. tariffs –– the U.S. recently included Scotch whisky on a new list of European imports under consideration –– as well as global competition.

According to the Scotch Whisky Association, which enforces how it’s made and marketed, the drink makes up 12% of the total whisky market in the United States. The U.S. is the world’s largest export market for Scotch Whisky by value; it imported $1.31 billion worth in 2018.

“Exports of Scotch Whisky to the U.S. have been zero-tariff for twenty years, so it is disappointing that Scotch Whisky has been drawn into this dispute,” an online statement from the Association said.

But even without the threat of tariffs, Scotch whisky has seen its growth decline. Its global market share by volume dropped almost 12% in the 10 years since 2008, according to analysis by industry tracker IWSR.

To stem the losses, the Scotch Whisky Association recently broke with tradition and said it would allow producers to use a wider range of casks to mature the drink, including former tequila and calvados (a French brandy) barrels.

“The cask makes a huge difference,” said Bazzard. “The most classic thing would be using ex-bourbon casks from America, and you’re getting these sweeter, vanilla notes with a little bit of spice there.

“As soon as you bring in a sherry cask, it will be richer, spicier and often, I find, with a little more depth to it. We’ve got port casks, rum cask and they all make such a difference.”

Gavin Hewitt, former chief executive of the Scotch Whisky Association, said producers still have to ensure the drink conforms to standards in order to label it as Scotch whisky. Despite competition from Taiwan, Japan, Thailand, Ireland and the US, “the wee dram,” he says, still reigns supreme.

Back at the Whisky Shop Bath, as the rows of glasses steadily disappear, tasters share their opinions.

Another said: “I like Irish whiskey, especially Jameson. But I still stand by the saying that Scotch is [the] only Scotch.”