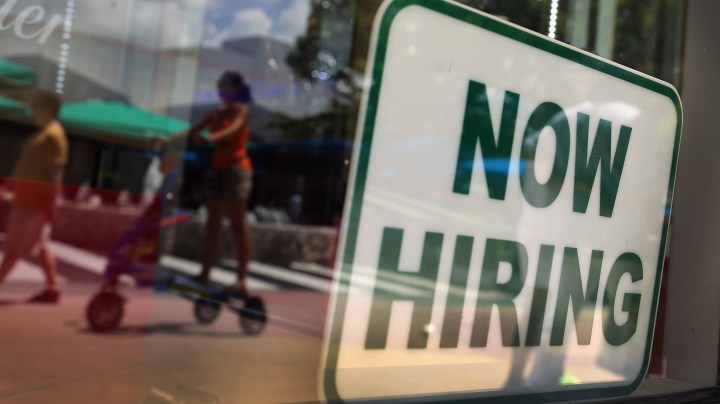 Investors will be paying close attention to the Labor Department’s jobs report for the month of June when they return from the July 4 holiday.

Economists are expecting the numbers to show that the economy added roughly 165,000 jobs last month — a modest figure, but much bigger than May’s crop of 75,000 new jobs.

They’ll also be paying close attention to what June’s report can tell us about how the trade war’s affecting employment in the U.S.

May’s report was weak, but trade tensions really started picking up after the May report.

“That could have influenced companies decisions to hire or fill vacancies that maybe were in the works over the month,” said Sarah House, an economist at Wells Fargo Securities.

If that happens, House says, you’d see hiring slow in industries that export a lot of goods.

In other words, the question is, “[Are] manufacturing and transportation weakening, more so than maybe domestic-facing industries, like education, construction, or government?” she said.

Manufacturing has already been slowing.

Frances Donald, chief economist at Manulife Investment Management, says she hopes companies are just pausing on hiring decisions while they wait for new trade deals to be sorted out.

But she remains wary of one possibility: “That actually companies say, ‘We need to cut jobs in this uncertainty,’ not just stall hiring.”

If companies start cutting jobs, Donald says consumer spending would take a huge hit — and so would the rest of the economy.