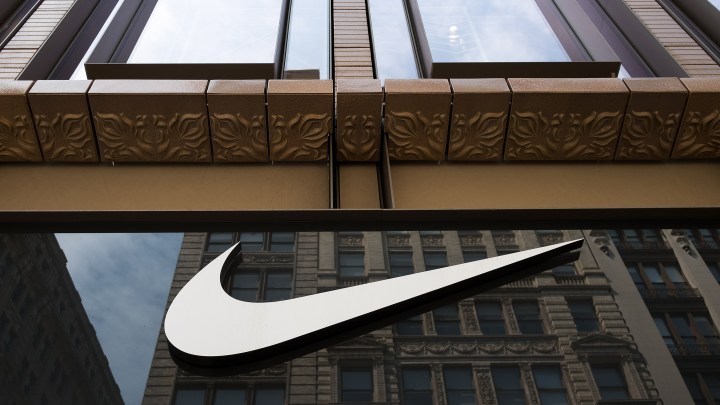 COPY
Nike canceled the sale of a sneaker with a Betsy Ross flag on its heel. That flag’s been co-opted by far-right groups. Above, a Nike store in 2017 in New York City. Drew Angerer/Getty Images

Nike canceled the sale of a sneaker with a Betsy Ross flag on its heel. That flag’s been co-opted by far-right groups. Above, a Nike store in 2017 in New York City. Drew Angerer/Getty Images
Listen Now

This morning, Arizona’s Republican Gov. Doug Ducey said in a series of tweets that he was pulling state subsidies for a factory Nike promised to build in Goodyear, just outside Phoenix.

His move was in reaction to Nike pulling a Fourth of July-themed sneaker with a Betsy Ross flag on the heel — 13 stripes with 13 stars arranged in a circle. That flag’s been co-opted by far-right groups, and Nike reportedly got pushback over the design from Colin Kaepernick and others.

Nike is just one big company that Goodyear, Arizona, has managed to attract over the last few years. It’s also home to facilities for UPS, Dick’s Sporting Goods, REI and pet-food retailer Chewy.com

Just last night, the Goodyear City Council approved $2 million in subsidies to bring a Nike manufacturing plant to the city.

There’s a long history of businesses getting subsidies to move to locations that want to attract jobs. And there’s also a history of political tension around those decisions, said Joseph Minarik at the Committee for Economic Development.

“There’s always a sense that the businesses are holding the towns or states to ransom,” he said.

This time, Ducey’s trying to do the reverse, but it’s not clear whether he can impact the incentives that Goodyear promised to Nike. The city didn’t make anyone available for comment.

Money isn’t the only incentive the city has to offer. Reporter Joshua Bowling of the Arizona Republic said the city has a foreign trade zone, which offers the companies that locate there breaks on import and export taxes.

“The foreign trade zone idea was kinda unique for Arizona,” he said. “City officials pointed to that as responsible for pulling in big tenants like Dick’s Sporting Goods.”

Matt Powell, “sneakerologist” at market research firm NPD Group, said this spat won’t hurt the brand’s sales — in fact, quite the opposite.

“The consumer is really demanding that brands and retailers take visible and vocal stands on social issues,” he said.

And for some context: That $2 million in incentives Goodyear offered? Nike earns that globally in half an hour. 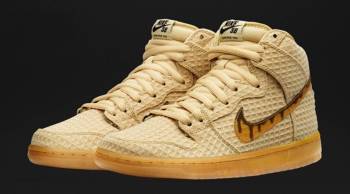