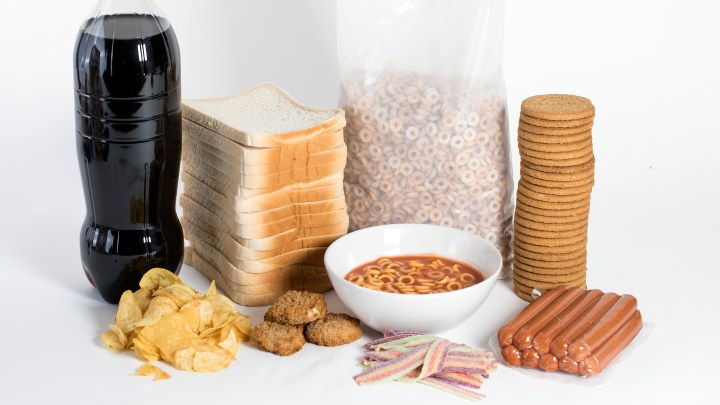 Data from the USDA shows there’s been an uptick in this kind of contamination. In 2015, there were 12 recalls of food contaminated with foreign matter. Last year, there were 23. And in a lot of cases, that foreign matter was plastic. University of Missouri biology professor Frederick vom Saal thinks he knows why.

“Americans are eating massive amounts of processed foods,” he said. And processing food depends on plastic materials at nearly every step of the process.

“The conveyor belts are typically vinyl chloride that are going to leach phthalates, which are terrible compounds,” he said.

vom Saal says a lot of plastic in foods goes unnoticed, too, because the USDA and FDA only require recalls for products that are visibly contaminated.

Back in March, the USDA said it would beef up its food recalls, partly because it had been mandated to do so back in 2011, during the Obama administration.

Jaydee Hanson, policy director at the Center for Food Safety, says that’s one reason why we’re seeing more voluntary recalls from companies like Tyson and Mizkan America (owner of Ragu).

“More companies are saying, ‘Rather than the FDA recalling our product, we better recall it as soon as we know that there’s a problem,’” Hanson said.

Food companies inspect their own processed products. The USDA says it’s tightened guidelines for those inspections in the past three months.

But Hanson says there’s one ingredient that could really push companies to cut down on contamination: public pressure.