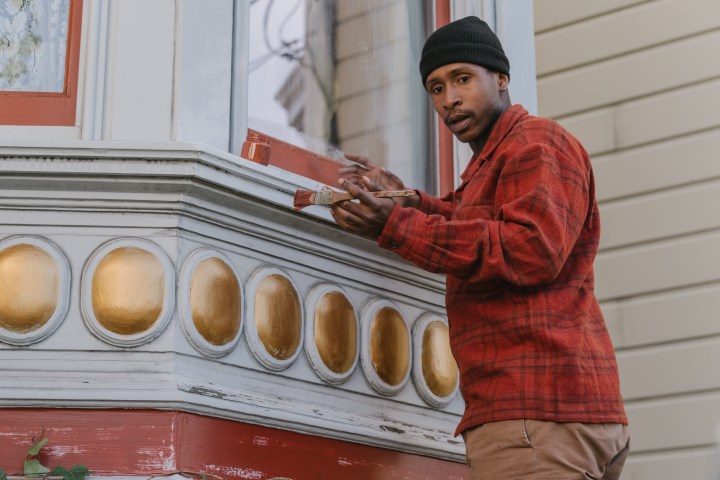 There’s all kinds of change happening in San Francisco right now. A lot of it is driven by the new money in the California city. New buildings are going up, neighborhoods are changing and the people who live in those neighborhoods are changing too. Almost 40 years ago in the 1980 census, African Americans made up 12.4% of the population in San Francisco county. By 2010, the number dropped to less than 6%.

At the center of the film is a house based on Fails’ childhood home — an old Victorian once owned by his grandfather, but that his family couldn’t afford to keep. “It’s representative of black ownership,” Fails told Marketplace host Kai Ryssdal. “When we lost the house, it spread the whole family out,” he said.

The film was written and directed by Fails’ childhood friend, Joe Talbot. “This is sort of a rallying cry in a way, this movie,” said Fails. “We just want to start a dialogue so that we can try to preserve those parts of the city that we feel make it what it is. So hopefully even the people that are gentrifying [the area] can see it and become educated on San Francisco history … and the way of life and then maybe they can understand it a little bit more.”

“The Last Black Man in San Francisco” premiered at the Sundance Film Festival in January and goes into wide release this month.