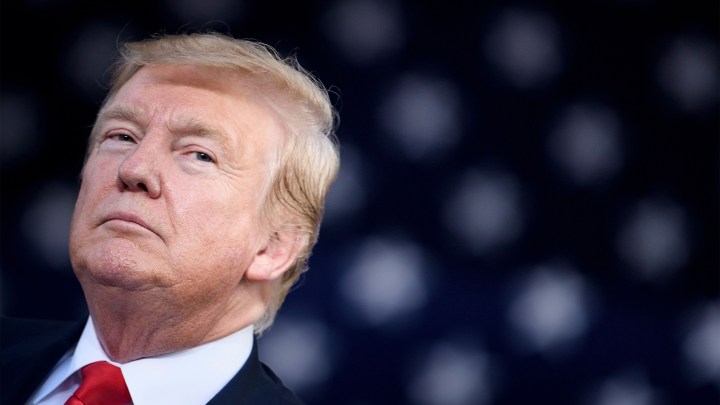 Since Day One on the job, President Donald Trump has been criticized about his business interests interfering with his political positions. There are several lawsuits over whether he is illegally financially benefiting from his position in office. But with a sprawling collection of real estate, investment and licensing deals even before he became president, it can be hard to follow the money.

This week, the website OpenSecrets, part of the Center for Responsive Politics, released “World of Influence,” a detailed breakdown of what it could discover about Trump’s international business interests across 30 countries. Anna Massoglia is a researcher at the Center for Responsive Politics and co-author of the report. She spoke to Marketplace host Kimberly Adams about the findings. The following is an edited transcript of their conversation.

Kimberly Adams: So why is this big project on President Trump’s business deals? I’m guessing there’s no “World of Influence” site for former President Obama?

Anna Massoglia: That’s correct. One of the reasons that we have started this project is because Trump’s business entanglements are within recent history unprecedented, and really unprecedented throughout history as we look. In many cases, you’ll see presidents who had firms or other interests on a smaller scale or even other members of the government who have business entanglements. But in most cases, they have gone to great lengths to separate themselves from those businesses, whereas in the case of Trump, he is not. It’s something that we didn’t cherry pick Trump for. We’re hoping if future presidents have these types of entanglements, we would continue this project.

Adams: Where did you look to get the information for this report?

Massoglia: Our starting point was Trump’s personal financial disclosures, which were filed on an annual basis. Those entail different assets, income and have at least a brief overview of what Trump’s finances look like. They don’t go into great detail, so we also looked into trademark registries, looked at other information that’s been publicized and other government records, and really tried to get at least the most complete picture that’s out there right now.

Adams: So what were some of the highlights of what you found?

Massoglia: Well, we found that Trump currently holds at least $130 million in assets abroad through his revocable blind trust. We found a number of, almost two dozen properties that he’s still getting income from through the end of last year. We found more than 30 countries where he still has various foreign business interests.

Adams: And in your report you also found that Trump being president has changed the way that other companies and other countries interact with him.

Massoglia: That’s correct. In many cases, we saw timing issues where either certain trademarks were approved very close to Trump’s election. We saw, in some cases, revenue boosts, and in some cases, revenue falling, it really varied based on the different properties. But in some cases, you saw Trump’s name being marketed, for example, in Uruguay, as a way to sell condos, and apparently the sales revenue spiked shortly after his election.

Adams: Some folks will undoubtedly say, “So what?” Trump was and is a businessman, and this is how businesses with a global presence work.

Massoglia: Well, one of the things that really separates Trump’s business and trusts as a personal citizen from Trump the president is they are more than just businesses at this point. They’re effectively able to operate as a backdoor to curry favor and exert influence within the administration. We’ve seen trends where foreign leaders are staying at these properties, where special interests are staying at these properties with substantial payments that are, while not going directly into Trump’s pocket, very much benefiting him. And because it doesn’t look like traditional lobbying, it doesn’t look like the traditional campaign donations, much of that goes undisclosed.

Adams: The Trump administration has been getting complaints about this since Trump came into office, and they consistently say that this spending from outside companies and from countries, that it doesn’t make a difference in policies. So again, so what?

Massoglia: Well, again in many cases I think at least getting the information out there is really important. There’s ongoing lawsuits that have a lot of words in them, so we’re trying to at least make this a little bit more understandable to people. And I think at least knowing whose money is flowing into Trump’s businesses that may or may not influence his policies, we don’t necessarily know what that impact is going to be, but at least seeing that correlation and having that accessible to people I think is really important and letting them judge for themselves. 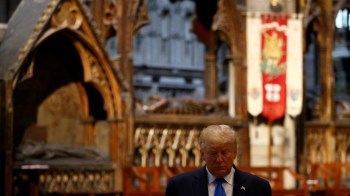