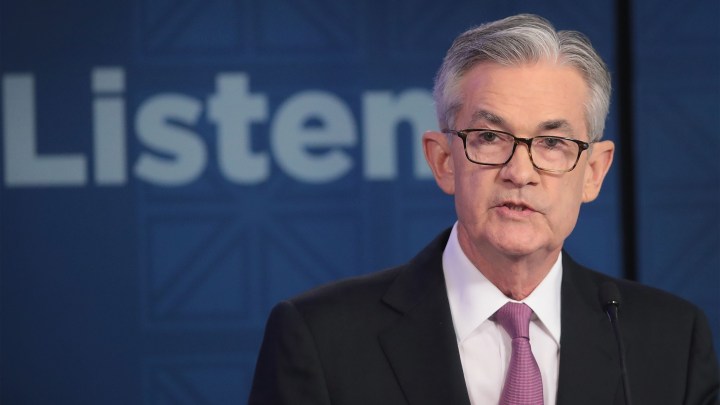 Five members of the Federal Open Market Committee were scheduled to make public speeches Tuesday. Even for increasingly transparent and communicative central bankers, that’s a lot.

It wasn’t always this way. Back in 1996, then-Federal Reserve board chair Alan Greenspan uttered the phrase “irrational exuberance” in a speech. Investors thought he was saying stocks were overvalued, and the market tanked.

Probably not what Greenspan intended, but he did want to be opaque, said economist Frederic Mishkin, who served as a Fed governor in the mid-2000s.

Mishkin once said, after testifying to Congress: “one of the congresspeople said ‘that was very clear,’ and Alan Greenspan replied: ‘well, then it must have been a mistake.'”

But under the next Fed chair, Ben Bernanke, transparency and frequent communication became guiding principles. That’s continued under his successors.

“If you can get the markets to understand how you will react to future events, that can make monetary policy more effective,” said Mishkin.

A lot of what current chair Jerome Powell communicates is to reassure the public that the Fed has got its eye on the ball — and the news, said Betsey Stevenson, an economist at the University of Michigan.

“They’re aware that the trade issues have the potential to have a big impact, so they’re watching them very closely,” she said.

Chairman Powell does have to contend with one communications challenge his predecessors didn’t, said Dean Baker at the Center for Economic and Policy Research. And that’s a president who publicly criticizes the Fed.

“Powell is going to bend over backwards to say ‘we’re not going to listen to the president telling us to lower rates.'”

Baker said that if economic conditions warrant it, Powell won’t hesitate to cut rates and explain exactly why.