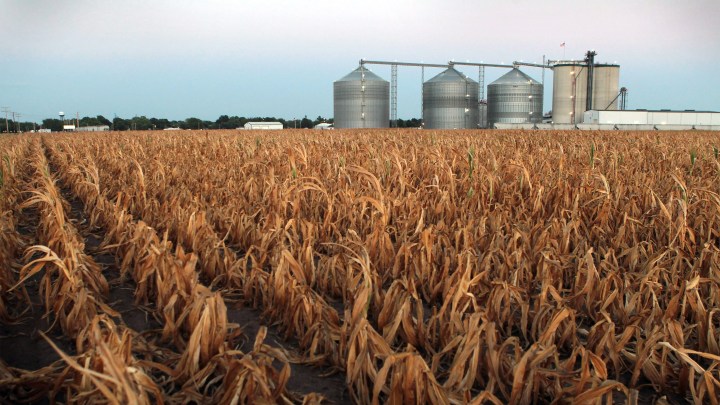 COPY
A field of corn sits next to an ethanol plant in Palestine, Illinois. Scott Olson/Getty Images

A field of corn sits next to an ethanol plant in Palestine, Illinois. Scott Olson/Getty Images
Listen Now

The Environmental Protection Agency is lifting a ban on the sale of gasoline mixed with 15% ethanol this summer. The agency had restricted sales of the gas, known as E-15, because it causes smog in warm weather.

“A lot of these farmers are being hurt by his trade policies,” he said. “So this is a glimmer of hope he’s trying to provide farmers in those Midwestern states.”

The EPA says this isn’t a political move; the agency describes it as a compromise.

But refiners who have to mix ethanol into their gasoline are not happy. Derrick Morgan, with the trade group American Fuel & Petrochemical Manufacturers, says smaller refiners will struggle this summer because they don’t have easy access to ethanol.

“They have to buy it from others,” he said.

But small refiners may not have to worry. Morgan says his group will file a lawsuit to stop summertime sales of E-15.

“Some landowners could shift their range or their forests into cropland to produce more ethanol and that would have potential impacts on overall greenhouse gas emissions,” he said.

There won’t be a huge impact at first. One ethanol advocacy group estimates that sales will increase by around 2% over the next five years.