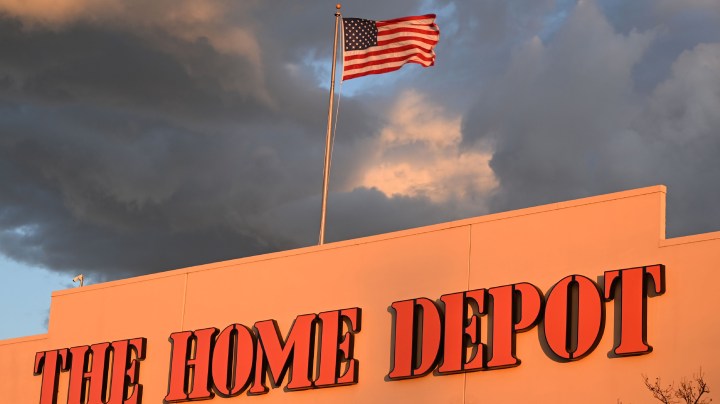 Home Depot and Lowe’s release their first quarter earnings this week. A severe winter in many parts of the U.S. hit both companies’ bottom lines. Sooner or later, tariffs could, too.

The Trump administration raised tariffs from 10% to 25% on $200 billion worth of Chinese goods last week. About half of Chinese goods coming into the U.S. are affected, including merchandise that ends up on the floors of home improvement giants.

Basham expects the increased tariffs could affect 20% of home renovation inventory. It’s hard to tell which inventory items could ultimately be affected, though, because these companies don’t disclose their suppliers.

Say tariffs do eat into profits, though? Laura Champine at Loop Capital said companies might ask their vendors to swallow some of the costs. Or consider moving production out of China into low-cost countries, like Vietnam, Cambodia and India.

“Worst case scenario, they’d have to pass on some price increases to consumers,” she said.

Home Depot and Lowe’s might also have to absorb costs in the short term.