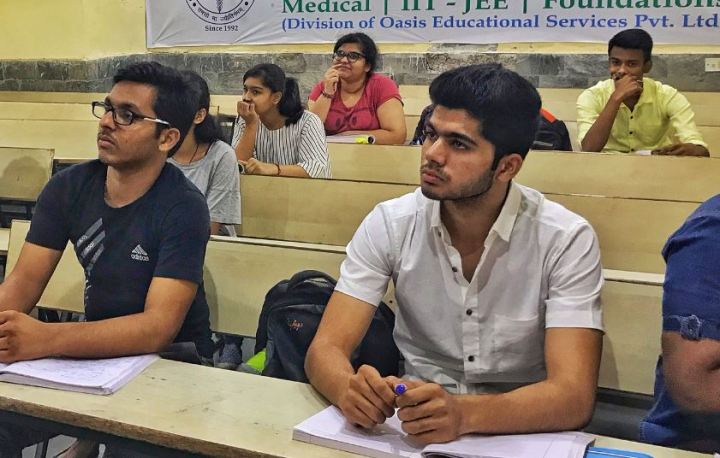 India has been among the fastest-growing economies in the world in the last decade. But a lack of good schools and universities is letting students down.

Fierce competition for university places has led to an increase in “cram schools” dedicated to helping students get the highest possible exam scores.

Sixteen year-old Abhair is a pupil at one such coaching institute in south Delhi. He says he wants to work in computer science because it pays well.

Abhair says getting a good job means he can’t afford to relax. He says a test score of anything less than 95% represents failure.

“I wake up at 6:30am, exercise for 30 minutes and then study 13 hours every day. To get into my first choice university, I need to score high enough to be in the nation’s top 150 students,” he said. The chances are a fraction of 1% — that’s why I need to concentrate.”