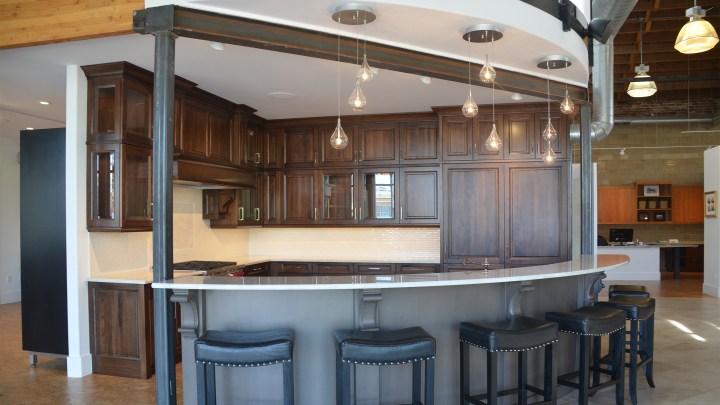 Walk into the showroom of Thurston Kitchen and Bath in Denver, Colorado, and the first thing you’ll see is a sprawling kitchen island and bar with gleaming white countertops. To the untrained eye, they look like marble. But this is quartzite, operations manager Cindy Hellgren will politely inform you. It’s a natural stone, usually ranging from white to gray with veins of color.

“Quartzite is becoming very popular,” she said in a recent interview. “I hate to use the word trendy.”

Right, because “here today, gone tomorrow” is the last thing you want people thinking when they’re about to drop thousands of dollars on a new kitchen. So “popular” it is. According to a new Kitchen & Bath Market Index released this week, quartzite — and its synthetic cousin, quartz — have unseated granite as the long-reigning king of the countertop.

“People are really wanting that marble look, so that really light-color countertop,” said Gary Douglas, a kitchen designer at Thurston. “Well, you can’t get that in granite.” Quartzite is pricier, Hellgren said. “The tops in this display, retail, would probably be around $25,000 to $30,000,” she said. That’s why most people go for the synthetic stuff, which would bring that sprawling counter closer to $7,000 to $8,000.

People’s willingness to pay for high-end upgrades, like stainless steel appliances and hand-painted subway tiles, is giving a big boost to builders, designers and manufacturers. According to the National Kitchen & Bath Association, Americans spent $158 billion in 2017 on products for just those two rooms, not counting labor. The association’s new index, created with John Burns Real Estate Consulting, tracks the health of the industry as well as the latest design trends.

“The KBMI currently rates at 71 out of 100, so it’s a strong indication of expansion and growth in the current quarter,” said Bill Darcy, the association’s CEO.

While the housing market has been slowing down, remodeling is heating up as more people stay put.

“As you stay in the home longer, you stare at your kitchen and your bath, and you’re inspired by what you see on TV or visiting friends,” Darcy said. Spend some time on design sites like Pinterest and Houzz, or scrolling through Instagram, and before you know it, you’ve got a bad case of kitchen envy. “I think that’s really driving a lot of the growth, as well as, obviously, a good economy,” Darcy said.

There are less extensive — and less expensive — ways to spruce up your kitchen or bath. On this year’s hot list, according to the index: blue cabinets with brushed brass hardware, apron-front farmhouse sinks and “luxury vinyl” flooring, whatever that is. Gone are the days when people were locked into what they saw on TV or what their builder showed them, said Cotter Christian, who directs the undergraduate interior design program at Parsons.

“All these different sources where people can kind of become their own designer have really opened up the opportunity for people to have access to things that they didn’t have before,” he said.

That can lead to some hard conversations, said designer and real estate agent Steve Ciancio, when clients have Wolf range tastes but not $10,000 to spend on a stove. Still, he gets why people are so consumed with their kitchens, whatever their budget.

“When you throw a cocktail party or a get-together, where does everybody end up?” he said. “They are all standing in the kitchen, usually right in your way.”

A kitchen isn’t just where we cook anymore; it’s where we eat, hang out and do homework.

“When you have something that is literally the centerpiece of your home, that is where you’re going to do all of your family time together,” he said. “It really changes how we treat those spaces.”

And when it comes time to move, decked-out kitchens and bathrooms pay off. Take two otherwise identical houses, Ciancio said.

“Not only will the house with the updates sell for more money, but it will also sell faster,” he said. “Nobody wants to buy somebody’s else’s to-do list.” 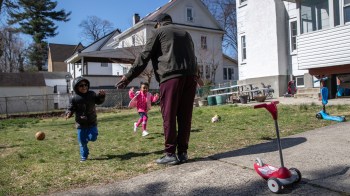