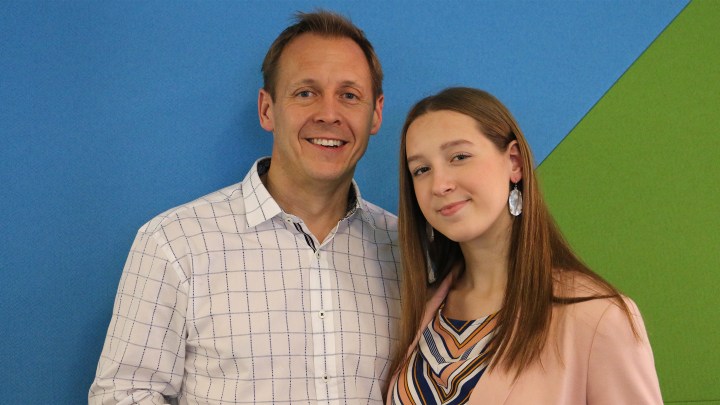 The jobless rate for teenagers is around 13%, according to the latest employment report from the U.S. Department of Labor. The Labor Department however, only counts those over the age of 16. We talked to one teenager who’s too young to be officially included in the workforce, but has a very big job to do. At 13 years of age, Alina Morse is the chief executive of a multimillion-dollar candy company, Zollipops. Alina and her father Tom Morse visited our Los Angeles studios to talk about how the company got started, and then became a father-daughter duo.

“In most cases, he is the boss, because he’s my father and I live under his roof,” Alina said. “But when it comes to existential decisions in the company, that is when you will come to me.” Tom Morse says that working for his daughter’s company has been “one of the most fulfilling things” he’s done in his life. “I’ve been working for her since she was born, but now it’s actually official. I definitely work for her,” he said.