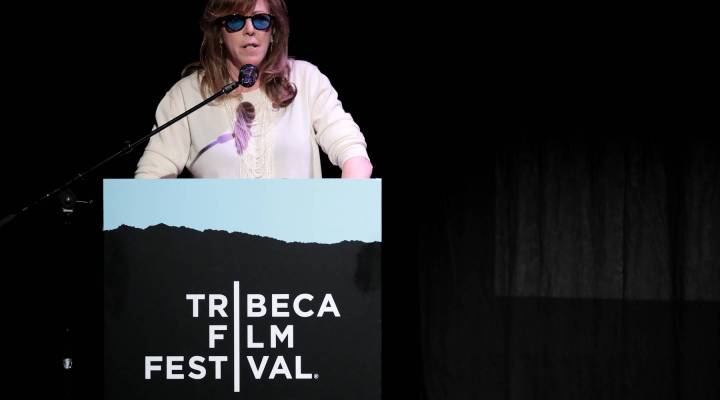 Jane Rosenthal is a prolific film producer and co-founder of the Tribeca Film Festival, which opens this week in New York City. One week before opening day, Rosenthal sat down for a conversation with Marketplace host Kai Ryssdal about the festival, her career and the changing entertainment industry.

Rosenthal told Ryssdal that she, her long-time producing partner Robert De Niro and her then-husband Craig Hatkoff launched the Tribeca Film Festival in the aftermath of 9/11 to give their neighborhood and community “something to look forward to.” Now in its 18th year, the festival includes virtual reality and augmented reality experiences, a gaming festival and its first narrative podcast experience.

Rosenthal’s work as CEO of Tribeca Enterprises and producing films such as “Meet the Parents,” “About a Boy” and “Bohemian Rhapsody” has landed her on several lists of New York’s most powerful women. Ryssdal asked her how Tribeca Enterprises and the Tribeca Film Festival are doing when it comes to elevating female filmmakers. Here’s what she said:

I think we’re doing great. We’ve always been doing this. Our company is 78% women. I wish we could get to a point where we weren’t having to say, “Oh, it’s women filmmakers, it’s this filmmaker.” I wish we could just say “filmmakers.” I wish that we would no longer have to point it out as the exception. And you know, I think we’re at 48% women films in the festival. That said, at one point there was a question about should we pick this film because it’s a woman or this film because it’s better? And I’m just like, “Can you just pick the film that’s better?” … When does this all change?

Rosenthal also told Ryssdal how the Tribeca neighborhood has changed and why she’s excited about Netflix disrupting the movie business. Hear the full conversation on our Corner Office podcast.