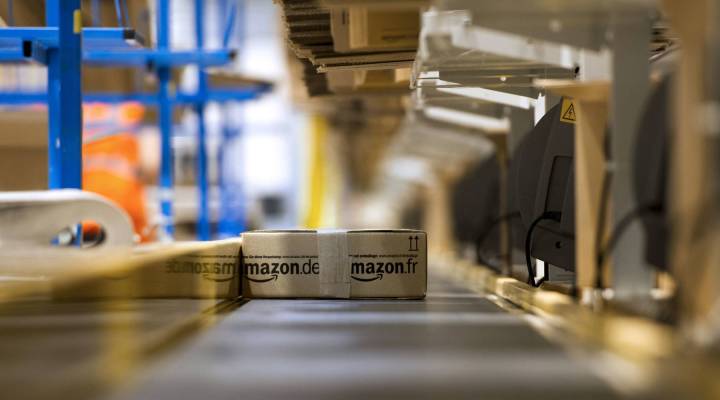 COPY
An Amazon package makes its way down a conveyor belt before being shipped. PHILIPPE MERLE/AFP/Getty Images
Marketplace Tech Blogs

An Amazon package makes its way down a conveyor belt before being shipped. PHILIPPE MERLE/AFP/Getty Images
Listen Now