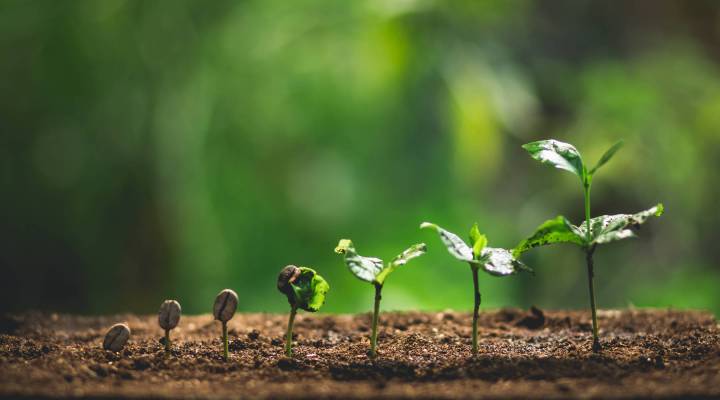 As we enter the thick of spring, analysts say they are starting to see “green shoots” in the economy.

The term — first used by a U.K. chancellor during the 1991 recession — has historically been used to describe early signs of an economic recovery.

However, some analysts are starting to use it more generally to suggest that a slowdown in our economy wasn’t as dire as expected, according to Putri Pascualy, managing director at the investment firm PAAMCO. (For the past several months, analysts have been warning that the U.S. could face a recession.)

While the term “green shoots” started picking up steam after former Federal Reserve Chair Ben Bernanke’s use of it during the last financial crisis, it can generally apply to any period of improvement following a recession. We looked at some past recessions to determine when they experienced green shoots, if they did.

On the road to recovery, a country’s central bank will lower interest rates and inject money into the financial system, according to Jim Welsh, senior portfolio manager at Smart Portfolios.  Welsh said it takes six months or longer for a Central Bank’s decisions to have an impact on an economy.

Near the end of the financial crisis, in 2009, then-Fed Chairman Bernanke said he started seeing “green shoots.”

“We are seeing progress in the money market mutual funds and in the business lending area,” he said. “And I think as those green shoots begin to appear in different markets — and as some confidence begins to come back — that will begin the positive dynamic that brings our economy back.”

On the other hand, businesses that had been overspending helped lead the country into a recession in 2001.

“All of a sudden, the dot-com bubble kind of burst,” Welsh said. “The green shoots in that case, given the nature of recession, would have been more businesses starting to spend more and invest more.”

This was different to the typical indicators, like an uptick in consumer spending. When economic conditions improve following a recession, consumers often end up purchasing more cars. But the recession during the early 2000s was unusual in that auto sales remained steady and never took an initial dip.

The U.S. entered a recession in the early 1990s. Causes included debt accumulation, an increase in oil prices after Iraq’s invasion of Kuwait, and attempts by the Federal Reserve to lower the inflation rate.

To fight unemployment, the Federal Reserve started lowering its federal funds rate (like it has in other recessions, Welsh noted), dropping it to around 3% in 1992.