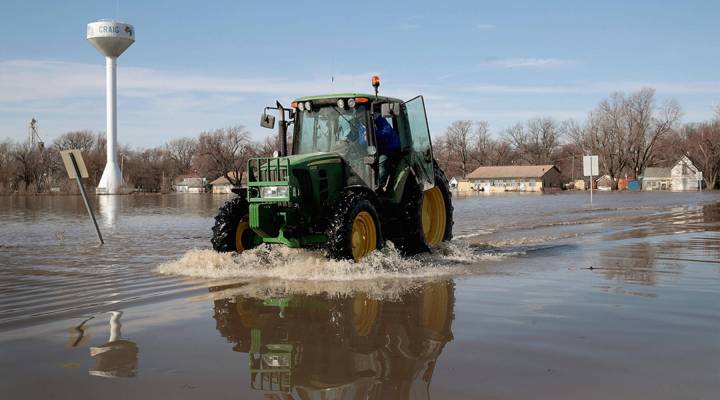 Another storm has just hit the American Midwest. This follows last month’s, in which devastating floods swept through entire businesses and communities, creating hundreds of millions of dollars worth of damage and irreplaceable losses.

Lagoon Pumping and Dredging Inc. in Columbus, Nebraska was one of the many affected businesses. “We had $200,000 worth of insurance, we had $600,000 worth of damage done to the building,” the company’s chief executive, Aaron Ross, told Marketplace host Kai Ryssdal.

Since the storms hit, Ross has been making steady progress with recovery, but dipping into his company’s reserves to do so. “We’re not quitters, but it’s gonna take a while to build that back up,” he said. With more bad weather moving across the Midwest, we called him up again to ask how things are going.