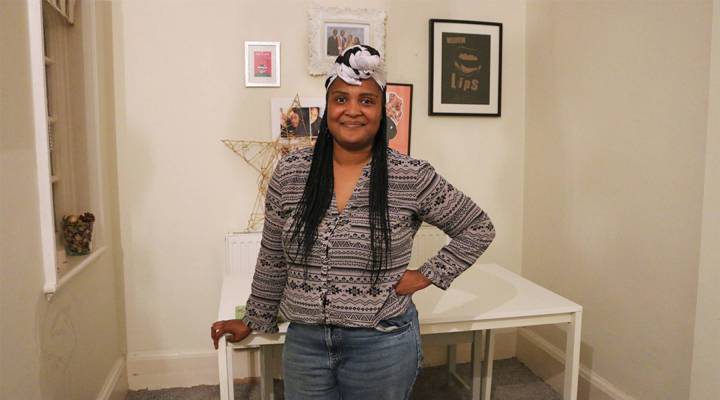 We’ve been interviewing many business owners in the U.K. this week, asking them how they are dealing with Brexit, how their businesses are functioning with so much uncertainty and what it’s going to mean for them. But what about the regular person, just living in this Brexit economy? Someone who focuses on going to work, getting their kids looked after and trying to manage a household?

Freda Chisambi works as a communications manager at the University of West London. She and her partner have two small children, aged three and one. Marketplace host Kai Ryssdal spoke with her about how Brexit, or the prospect of Brexit, has changed her everyday life. Below is an edited transcript of their conversation.

Expensive. London is one of the most expensive cities in the world to live in. It’s getting more and more expensive. And the wages aren’t following suit, unfortunately.

When you look at the British economy, big picture – what do you see?

I’m nervous. I’m really, really nervous. We’re an institution [the University of West London] that relies heavily on international students. With Brexit, it means that number is going to fall. That could have an impact on the amount of money that the university gets from the government, it could have an impact on so many different things. And, ultimately, it could mean that we don’t have jobs anymore. I’m nervous about the future of my boys, and how they’ll be able to travel freely in Europe. If they wanted to study in Europe, if they wanted to take up languages, is that option available to them anymore?

You’ve been here your whole life. What does it mean to you that the U.K. will not be part of the EU, that great continental experiment?

It’s just really disappointing. It was such a progressive thing to be a part of. And it meant that so many opportunities were available – for everyone, not just us. It meant that we saw a massive influx of different cultures, different languages, different experiences, which helped us to no end. I think people forget that. I think people forget that when they go to restaurants, they’re served by these migrants that they’re so against. And the National Health Service, for example, it is so heavily reliant on migrant workers. For us to dissuade them from coming here seems so backwards to me.

I think a bit of what happened over there in the States. I think people are really disillusioned by government. They feel really, really powerless. And I think they saw Brexit as a means of taking back the power.

When you go to the market and you buy your everyday essentials, are you ready to start paying more if this whole no-deal Brexit thing happens?

Now what? I know that’s a vague question but, honestly, that’s the vibe I’ve gotten all week: “Now what?”

We wait and see. But I don’t think anyone can consider what that looks like. I think that’s why we’re stalling, to be honest. Because the unknown is just too frightening to deal with. I wish that we didn’t have to wait and see, but we do.