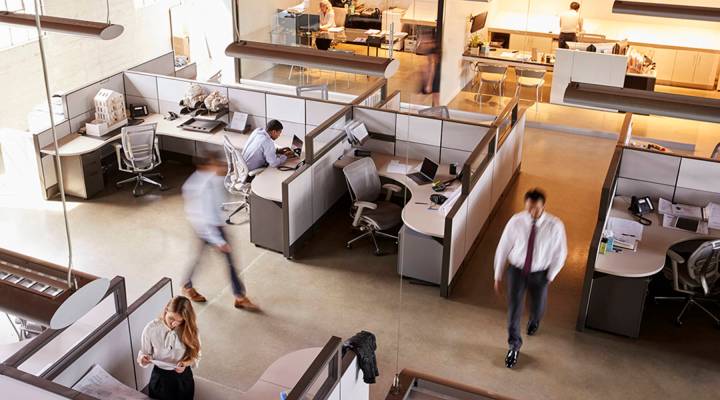 Halle Butler, a New York City writer and author of the book “The New Me.”

Employee engagement is on the rise, but many Americans do not like their jobs. Last year, the analytics company Gallup found that while 34 percent of U.S. workers are enthusiastic about and committed to their jobs — the highest level since Gallup started tracking it in 2000 — 13 percent of Americans are miserable in their workplaces. Halle Butler is a writer in New York City who managed to channel her dissatisfaction with work into a creative pursuit. The main characters in both her debut novel “Jillian” and her latest novel “The New Me” are people who hate their jobs.

“My name is Halle Butler and I’ve written two novels and they are both mostly about how much the narrator doesn’t like working … Could you tell that there were air quotes around narrator?

I graduated in 2008 from art school. I was very lucky not to have student loans. My mom was a professor and the college where she worked did tuition matching. So, I didn’t totally understand what it would feel like when I was 32, and then 33, and really had to think about money. My main concern was finding something that would be part-time so that I could keep writing and working on art, and something I could quit as soon as I wanted to quit it.

I think I probably had about ten jobs in my 20s. I answered phones at an investment bank, got a job working at a video store, handed out ID badges at conference centers. I was brought in to shred an entire file room’s worth of H.R. papers. It took about a month. I worked at a mall downtown Chicago and I microwaved eggs for businessmen on their way to Equinox.

I’ve never kept a job for more than a year. I get to a point where I just can’t, I can’t go to the desk anymore and something inside me is just like, “you have to go, you have to leave. This is like, DANGER.”

I’m nervous that if writing novels becomes a job, I’m definitely going to start hating to write novels. But it is something I like to do. I’m just not used to it. I mean, I’m much more comfortable identifying as the person who microwaves eggs at the mall.”