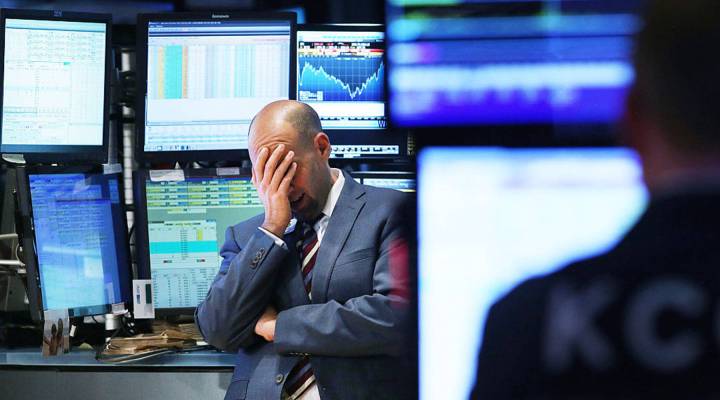 The stock market hasn’t exactly been stable over the past year. The major U.S. indexes slid on Thursday morning after the European Central Bank lowered its economic growth forecast for the year and announced a round of measures to help the struggling eurozone economy.

These drops follow last year’s bout of market volatility, which increased by 157 percent, according to the Volatility Index.

Take the Dow, which experienced both the biggest drop in its history (1,175 points in February 2018) and its biggest gain (1,086 points in December) all in the same year. Though major U.S. indexes set records in late summer and early fall, they fell in October, leaving them all in the red for 2018 and leaving Wall Street with the worst showing in a decade.

When that happens, there are, of course, investors who own stocks that’ll plunge in price. But there are also certain types of investments that are able to weather the course.

Here’s who benefits — and misses out — from volatility:

Volatility tends to be associated with higher trading volume, which is why stock market exchanges like the Chicago Mercantile Exchange Group could be considered winners, said Craig Pirrong, a finance professor at the University of Houston.

Basically every time someone makes a trade, the exchange collects a fee. “It’s like collecting a toll,” Pirrong explained.

When stock market volatility goes up, people tend to put their money in assets that are considered safe, like Treasurys.

“All different entities can issue bonds. The most trustworthy, high quality is considered to be the U.S. Treasury, so the U.S. government, and that’s where you typically see flight to quality,” said Jennifer Myers, a financial adviser for Sagevest Wealth Management.

Purchasing a Treasury bill, note or bond basically means you’re lending the government money. Interest rates on loans to the U.S. government are fairly low, compared to bonds from other countries whose governments aren’t considered as safe.

Companies with these types of stocks are able to consistently dole out a portion of their earnings to people who own them.

“The fact that [a company] can pay a dividend and pay excess revenue to do so is attractive during a down market cycle,” Myers said. “The primary example is going to be consumer staples. They were boring during the upswing, but boring suddenly becomes very attractive.”

CNBC did an analysis on which Dow stocks tend to thrive when volatility is higher than average, finding that the likes of UnitedHealth Group, Caterpillar, Chevron, Verizon and Home Depot (which have big dividends and consistent revenues) historically perform well.

Investors who cash out

Panicking and selling during a downturn could mean losing out on future investment returns. (Although there may be very legitimate reasons for you to sell right away, like paying your bills.)

“In short-term markets, where you get whipsawed lower and then get a bit of a rebound, I think … it’s fair to say if you pull out in the downdraft, you’re missing out on some of that rebound,” said Maura Murphy, a portfolio manager with Loomis, Sayles & Co.

Myers explained that in general, it’s best to take profits off the table when stocks are high, and dial back in when stocks are low — not the reverse, which is what people might be itching to do. “They want to sell, sell, sell on the downside, but that’s really when you want to buy, buy, buy,” she said.

You have your typical winners and losers during times of volatility, but the tech sector lost out during last year’s bout of volatility, specifically.

By November, the FAANG stocks (Facebook, Amazon, Apple, Netflix and Google’s parent Alphabet) had all entered a bear market, which is defined as 20 percent or more drop from a stock’s 52-week high.

Apple, for example, announced last November that it didn’t sell as many iPhones as analysts expected, which contributed to its decline in stock prices.

Facebook shares also slumped in July after a weak earnings report, and fell dramatically in December after a New York Times report showed it gave companies like Microsoft, Amazon and Spotify greater access to user data than it had disclosed.

“When you start seeing stratospheric valuations, and assume that a company will take over the world, then that’s when we pause,” Myers said. “And technology, it got ahead of itself. I don’t know if Facebook is the end-all, be-all of the future of the world.”

Which is basically a polite way of referring to “junk bonds.” While they may pay higher yields like the name suggests, they also have a lower credit rating than investment-grade corporate bonds.

“High-yield or junk bonds are bonds issued by riskier entities, where their financial solvency isn’t as strong.  This means that there’s elevated risk of the issuing company or entity going bankrupt,” Myers said. “High yield bonds often behave like stocks, with sharp declines in values during periods of heightened volatility as investors begin to question if the bond issuers will be able to pay their debts.”