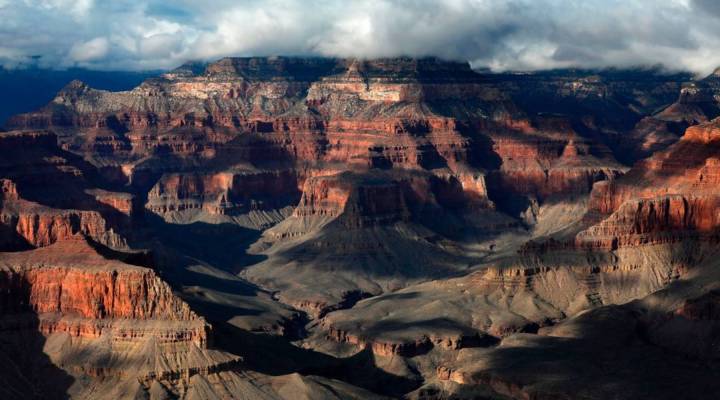 Brian Ciesielski, the general manager of a restaurant near the Grand Canyon, vividly remembers what happened to his business during the 2013 government shutdown. The shutdown that meant hundreds of thousands of furloughed employees, a decline in economic activity, and the closure of all 401 national parks. No visitors, no customers for surrounding businesses.

“I think for the first three or four days we were OK, and then the bottom dropped out,” Ciesielski said of his restaurant, We Cook Pizza and Pasta. “Once everybody heard the park was closed, nobody came. It was like nuclear winter here.”

He recalls watching people getting turned away at the park. “Some have planned their whole lives to come visit [the Grand Canyon],” Ciesielski said. “To see these people weeping at the park entrance was really a disconcerting feeling.”

What happens when the main engine powering your business suddenly stops? The Grand Canyon National Park, like the other parks throughout the country, are federally funded. Which is why the government shutdowns that have occurred over the past several years have exposed the vulnerability of these parks and their surrounding areas.

Visitors don’t just miss out on an opportunity to check out iconic landscapes. Business owners miss out on sales that are crucial for their livelihoods.

The economic benefits of a national park

A view of the Grand Canyon Skywalk, which extends 70 feet from the western Grand Canyon’s rim and is more than 4,000 feet above the Colorado River.

A love of the outdoors has the ability to generate billions of dollars for the country, and has been valuable to tourism and business for years. The Grand Canyon National Park, a national landmark that promotes spending and job creation in nearby communities, celebrates its 100th anniversary in 2019.

In 2017, 6.2 million recreational visitors spent $667 million in communities near the park, which supported 9,423 jobs and generated an economic output of $938 million, according to the latest data from the National Park Service (NPS).

The NPS defines economic output as “a measure of the total estimated value of the production of goods and services” supported by park visitor spending. The entire system of national parks had an economic output of $35.8 billion in 2017.

“National parks were not created to be the economic contributors that they are. They were created to preserve and protect these wonderful, natural, historic and cultural landscapes of the country,” said Jeffrey Olson, chief of communications at the National Park Service’s Natural Resource Stewardship and Science directorate. “It just so happens that because we get more than 300 million [people] that come visit us every year, there’s also this economic value that they leave behind in the communities they visit.”

Tourist activity from the parks benefits restaurants like Ciesielski’s, hotels, and gas stations. And that’s not even counting bigger-ticket items like motor homes, airfare and car rentals, which could push those economic figures even higher. They’re not incorporated because the NPS is looking only at spending in communities within 60 miles of a park, Olson said.

We Cook Pizza and Pasta might see several thousand customers in a given week, according to estimates from Ciesielski. He employs between 20 to 40 workers, depending on whether it’s a peak season — which is when kids are out of school. “Summer vacation, kaboom. Christmas vacation, kaboom.” he said.

Lodging can be especially lucrative. The Best Western Premier Grand Canyon Squire Inn hosts 5 to 7 million guests each year, and the hotel can generate between $2 and $3 million in revenue each month during the peak summer season, according to Steven Ayres, a front desk supervisor at the hotel.

So with tourism a primary driver of business, a national park’s surrounding communities can end up losing millions of those customers when there’s a shutdown.

A view of Joshua Tree National Park in Southern California.

National parks experienced an estimated loss of between $10 and $11 million in fees due to the 2018-19 partial government shutdown (the longest-running in government history), according to John Garder, senior director of budget and appropriations at the National Parks Conservation Association.

“On an average day in January, there would normally be an estimated 425,000 visitors to the national parks spending $20 million in surrounding communities. The shutdown put all of that at risk,” Garder said. He also pointed out that there were contractors who worked for park services who will likely never recoup pay.

The National Park Service doesn’t have complete data on the losses from this most recent government shutdown, but the agency did take a comprehensive look at the 2013 shutdown, which lasted 16 days and led to a closure of all national parks. There was a decline of 7.88 million visitors and a loss of $414 million in spending, according to the NPS.

Arizona spent thousands per day to keep the Grand Canyon National Park open during the latest shutdown, which is why Ciesielski’s restaurant didn’t face a massive downturn this time around.

But other national parks with limited staffing were less fortunate. At Joshua Tree National Park in Southern California, trees were cut down and the grounds were vandalized and littered with garbage.

Clarification (Feb. 27, 2019): Jeffery Olson’s title has been changed to reflect his division affiliation within the National Park Service. The text has been updated.