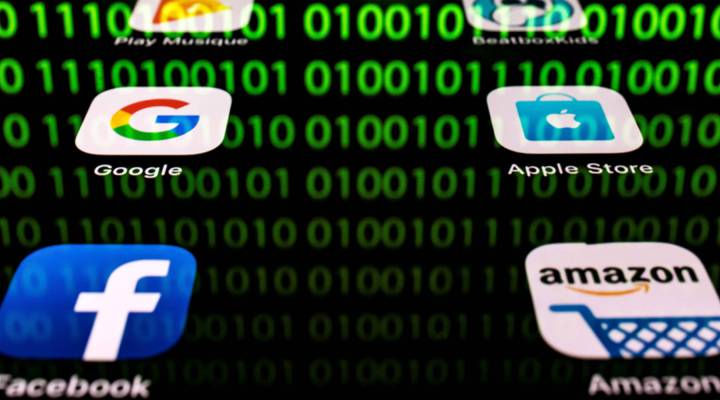 Earlier this month, California Gov. Gavin Newsom proposed that tech companies, which make lots of money collecting and monetizing our personal information, should share that wealth. He said people who live in California should get paid a data dividend.

Host Molly Wood talked with Owen Thomas, business editor of the San Francisco Chronicle, who recently wrote that the data dividend idea was overly simplistic and has been tried before. The following is an edited transcript of their conversation.

Molly Wood: Let’s start with the concept of a data dividend that the governor has proposed. What’s the overarching thought here?

Owen Thomas: It’s a really old idea that goes back to some of the earliest business models that people tried out in the first dot-com boom. If there’s some value to your attention, why can’t you, the consumer, directly monetize that attention instead of someone else making all the money? But it takes a twist when you try to apply that idea, that your personal data has this abstract guaranteed value, and you should get a cut of that.

Wood: It’s true, this is not a new idea. Recently, Microsoft researcher Glen Weyl started proposing the idea, again, that we are all increasingly becoming unpaid data laborers. We are contributing all of this and the bargain is unfair. You’re arguing, essentially, good luck with that. Is it partly because it’s so hard to figure out a flat rate, a value?

Thomas: I think the companies would say you are getting something of value. If you are posting your photos on Instagram, you get an audience. You’re able to connect with your friends. You’re able to use their filters. They would argue it’s an even exchange. But I want to go back to this idea that data has some value that you can extract. If you could share or exchange your personal data, it might turn out to not be worth that much. I think that would be shocking to people because these companies are clearly making a lot of money. But they’re making the money through an alchemy of some amount of personal data that you have, a lot of data that they have and data that advertisers themselves have contributed, including targeting information. Budweiser might know exactly where its ads are most effective, and they use that information to place ads online. Where did the value come in and where does the value go out? I think these are really hard questions.

Wood: If we look at this as a process of starting a conversation, do you think anything could come of a proposal like this?

Thomas: I think that if you’re looking at this and saying these companies are unfairly profiting from society at large, we have a system for extracting that value. It’s called taxes. Why don’t you tax their profits and then apply that to any number of public goods that you might need?

Despite the skepticism over data dividends — and there’s plenty — a company called Ant Transaction Machines, ATM.com, launched right after the governor’s speech. It promises to help people control their online information and, hopefully, also get paid for it.

I’m not telling you to go sign up at ATM.com, but I am kind of curious about it. It says it’s started by a longtime financial markets and micro-investing entrepreneur, a physicist and behavioral economist. I’m gonna have to call them up.

The idea seems to be almost like a data union. If enough people participate in this platform, it’ll be able to negotiate for a revenue-sharing agreement with data buyers. Whether that means third-party data companies or advertisers or platforms is unclear. But it shows that this conversation is not going away. Ultimately, it’s about control and fairness and people feeling like these companies aren’t running roughshod over our lives, doing whatever they want without us knowing about it.

Here are some developments on that front from this week alone: Children’s and privacy advocacy groups are asking the FTC to investigate charges that Facebook knowingly enticed kids to spend their parents’ money on games and digital goods, refused to reimburse parents and in internal documents even called one underage girl a “whale,” like in Vegas, because she spent so much money on the platform.

Also, I don’t think we can understate how insane it is that Google’s Nest alarm system had a built-in microphone that the company didn’t tell anybody about.

And no one really would have realized that YouTube was letting actual pedophiles post all kinds of gross comments on videos featuring kids if a YouTube creator hadn’t done a video about it and started a campaign to let advertisers know their ads were running on these videos full of gross comments.

This is more than a trust problem. This feels like the start of a reckoning.