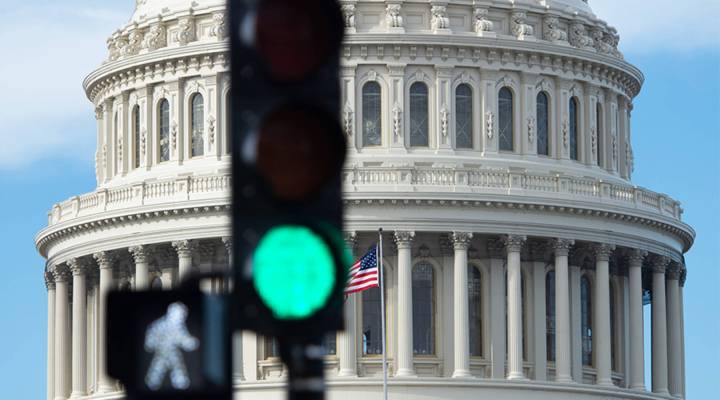 Congress moved on Thursday to pass a nearly 1200-page spending bill in order to avoid another government shutdown ahead of Friday’s deadline. The bill does not include the $5.7 billion that President Trump requested for a border wall, and Press Secretary Sarah Sanders said in a statement that the president would both sign the bill and “also take other executive action — including a national emergency — to ensure we stop the national security and humanitarian crisis at the border.”

The decision to declare a national emergency drew condemnation from Democrats. In a joint statement, House Speaker Nancy Pelosi and Senate Minority Leader Chuck Schumer said, “declaring a national emergency would be a lawless act, a gross abuse of the power of the presidency.” Perhaps previewing a legal challenge, the two leaders warned that “The Congress will defend our constitutional authorities.”

As the political posturing over the executive action begins, here’s a look at what we DO know about what’s in the legislation.

The legislation covers FY2019 spending for the seven remaining appropriations bills — aka, the portions of the government that experienced the recent shutdown. Agencies financed by the bill include the Department of Homeland Security, the Internal Revenue Service and the Commerce Department.

The bill has $22.54 billion in total funding for border security, but only $1.375 billion for new “physical barriers” along the Southwest border. That will cover about 55 miles of new barriers, which can’t be used for solid concrete walls. The legislation also includes money for an additional 200 border patrol agents, expanded ICE detention capacity, and “$615 million for new equipment at ports of entry and the hiring of 600 new customs officers.”

Congressional negotiators agreed to $47 million in funding for research to fight the opioid epidemic, along with another $16 million in grants to help rural communities purchase equipment for distance learning and telemedicine to address the crisis.

Federal employees will get a 1.9 percent pay raise, ending the president’s pay freeze for federal workers. The raise is retroactive to Jan. 1, according to the Federal News Network. Despite efforts to include it in the legislation, the final version of the bipartisan compromise does not include back pay for federal contractors affected by the 35-day government shutdown.