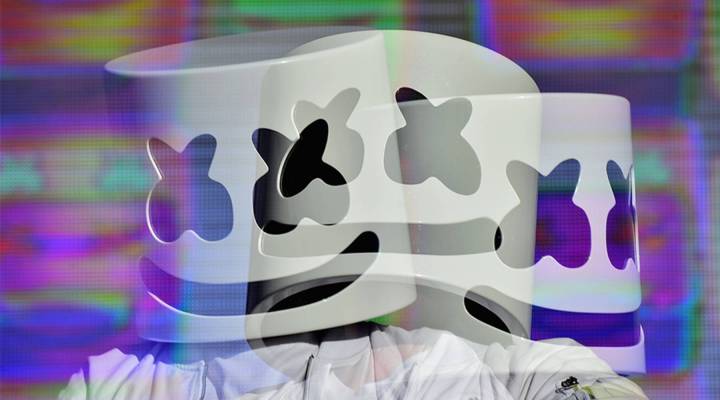 The video game Fortnite is a cultural phenomenon that has the whole entertainment industry on notice. Last weekend it took a step toward becoming an even bigger social platform, when it held a live, in-game concert with the electronic music DJ Marshmello. A reported 10 million players watched the concert all at the same time while their virtual characters danced around in the game. There was even in-game merch to buy after the show.

Molly Wood talked with Peter Rubin, a senior editor at WIRED, who wrote about the concert and how it was definitely a winner for Marshmello.

Peter Rubin: Immediately after the concert, Marshmello became the most searched artist on something called Songkick, which is where you can go to find out where an artist is playing. So, certainly the sale of in-game items — like the Marshmello costume, what’s called a “skin” in the game, and Marshmallo-specific “emotes,” which are what the dances in the game are called — those little micro purchases were sure to spike. But what’s also happening is that Marshmallo’s personal bottom line is seeing a bounce from this as well.

Molly Wood: So that would seem to suggest that the combination of this being this amazingly presence-driven virtual event, very lucrative for, one assumes, all involved means we’re going to see more. Right?

Rubin: I can’t think we’re not going to. This is a model that not just massive multiplayer online games have been using for a long time, but more specifically, social virtual reality apps and platforms have been using for the past four or five years. But no one’s making money from that, and Fortnite is making all the money from that. So Fortnite is going to ride this. Artists are going to clamor to get involved with this. As short as this was — this was a 10-minute concert — it’s hugely a sign of where this is going to go.

Wood: I’ve got to feel like, on some level, Facebook should be looking at Fortnite and saying, this is actually the social network of the future. How big a deal do you think Fortnite could still become as a platform?

Rubin: How much bigger is a good question, because there are more than 200 million people across the world that play it on at least, not a monthly basis, but are kind of registered players. Then you’ve got dozens of millions of people that play it on a monthly if not weekly basis. So what you have is this incredibly devoted group that keeps going in, and the reason that it hasn’t slowed down is because it keeps changing. That’s Fortnite’s genius move. So the great fear for other entertainment companies — especially non-gaming companies; we already know the gaming companies are being left in the dust because of Fortnite. But companies like Facebook and Netflix are seeing this next generation of consumer being siphoned away before they’re even at that age where they’re going to want their own accounts, because all they care about is Fortnite. So the question becomes, are enough kids going to age into Fortnite and enough diehard players not going to age out to make this a real formidable threat to other entertainment and communication platforms down the road? And a lot of that is going to depend on how Fortnite leverages its kind of narrative smarts.

Rubin: It’s not universally appealing in the way that it needs to be to have that kind of ubiquitous presence in a generation or in multiple generations. It does face the same burden that a lot of other games and game genres do, which is they’re wildly overrepresented among male players. So, there are certainly women who play, as with every genre of game. But it’s going to be difficult to leverage game allegiance into social allegiance without everybody on board, because these 12- year-old boys who are playing Fortnite, they’re coming close to the time where they’re going to want to do things that girls want to do too. Right? You got to get to that place where they come together so all the other rites of passage can happen. That’s certainly something that Fortnite might be up against.

Wood: As the mother of a 12-year-old, I don’t want to talk about this anymore. But I do want to talk about its impact then on the video game industry specifically. We had Electronic Arts and Take-Two Interactive both warn about disappointing sales because of competition from Fortnite. How much damage, no pun intended, is Fortnite doing to the gaming industry?

Rubin: It’s the last man standing on the island right now. I mean certainly Take-Two had the biggest game of last year, as far as retail copies sold, with Red Dead Redemption 2. But if you’re going to release what’s called kind of an AAA game now, the kind of blockbuster game that people are going to pay $60 for, they’re going up against a game that’s free to play, and they make all their money in these so-called micro transactions, in selling the skins and selling the emotes. So it’s really like the old kind of drug dealer adage of the ’80s: That first hit is free. So you get people in for free, and then they’re hooked on the things that don’t affect the play experience, but affect the enjoyment. Meanwhile everybody is trying to get out of this old model of trying to make you buy a disc or download a file for $60 and then update it for them. So it’s a huge wall that all these other publishers are running into. The other thing that makes it so difficult to compete with is that Fortnite isn’t just on an Xbox and a PlayStation. It’s not just on a PC. You can play it on on any Android or iOS device within reason. You can play it on most tablets. You can play it on any game console, including the Nintendo Switch, which has historically been left out of these console discussions for big phenomenal games. So all of a sudden not only is it free but it’s everywhere. And how do you compete against a Hydra with that many tentacles?