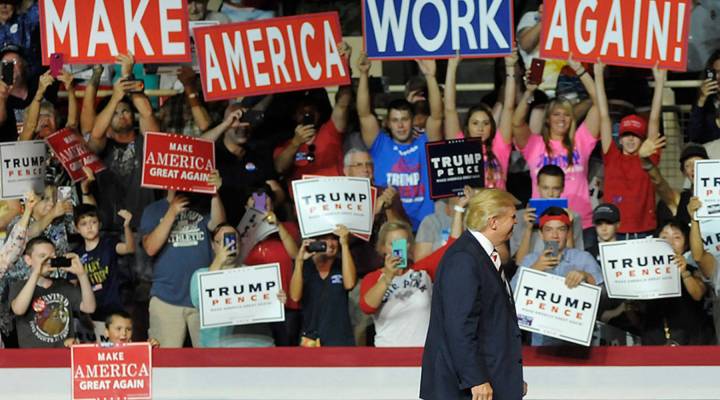 “An economic miracle is taking place in the United States,” said President Donald Trump during his State of the Union address. What can stop it? “… foolish wars, politics, or ridiculous, partisan investigations,” he said, taking a dig at his Democratic counterparts.

For more on America’s economy and its way forward, economist Phillip Swagel spoke with Marketplace Morning Report host, David Brancaccio. Swagel is also a professor at the University of Maryland School of Public Policy, and is a former assistant secretary for economic policy at the Treasury Department for the George W. Bush administration.

David Brancaccio: Phil, besides wars the president said it’s in large part politics that could pop the great American economic balloon. What is your sense, having served a Republican administration before, all the policy is now in place for greater expansion?

Phillip Swagel: Well, we have a strong economy and that’s the question, will it continue? You know, I agree with the president. A war could get in the way of continued growth but it’s a trade war and it’s a trade war the president has started. Now to me that’s one of his challenges: to bring that to a conclusion as quickly as possible so the U.S. economy can keep growing.

Brancaccio: That may be on his team, the president’s team, it may be on China but also NAFTA has not been fully overhauled. Congress has to get involved in that one.

Swagel:  To me that’s a big uncertainty for 2019, that the president has put forward a modestly changed NAFTA that he’s calling the USMCA and Congress is balking at it. If Congress rejects his new NAFTA, will he withdraw from the old NAFTA? And that would have a devastating effect on the U.S. economy and the economies of Canada and Mexico. And so that’s a big risk I think for 2019.

Brancaccio: Back to the president’s point that politics could be a drag on the economy if we don’t get it right. I mean there is the potential for another partial federal government shutdown.