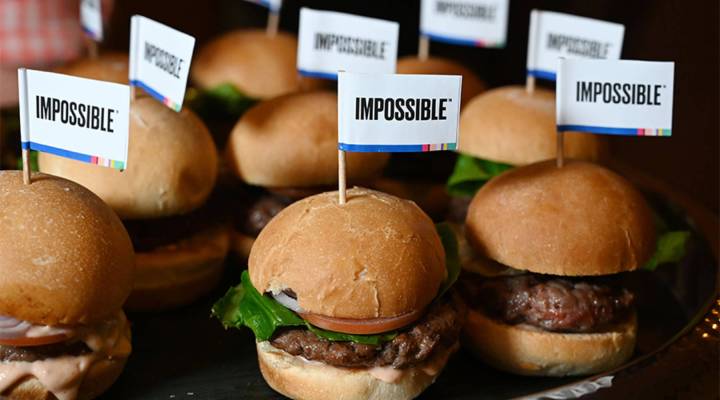 The Impossible Burger 2.0 arrives in restaurants around the country Monday. The company Impossible Foods won all kinds of “best of CES” awards at the big tech show in Las Vegas last month for creating a plant-based meat replacement that smells, tastes and looks like real beef. There’s also all kinds of science going into growing meat from real meat cells. Molly Wood speaks with Larisa Rudenko, a biotechnology expert and a visiting scholar in emerging technology at the Massachusetts Institute of Technology. She says climate change, animal welfare and human health are all driving huge investment in meat-replacement technologies. The following is an edited transcript of her conversation with Wood.

Molly Wood: What challenges might come up as some of these technologies and efforts start to scale?

Rudenko: So some of the potential downstream ripple effects, if you will, are: What are the components that go in? What is the supply chain like? Where are we going to get the ingredients that go into culturing these cells? Part of the downstream values-based effects are: What’s going to happen to the people who currently are ranchers or farmers?

Wood: So while it seems like it makes a ton of environmental sense to just switch over completely, as with every technology, it has a lot of unintended consequences.

Rudenko: I think it’s really going to be depending on the technology that’s used to scale up and to ensure that you can get the price point down to a reasonable level. The way to do this is not necessarily an immediate switch from one to the other, but rather a series of little steps, where we slowly start moving from traditional ways of providing high-protein food to people to more novel ways, but not necessarily in one single jump.